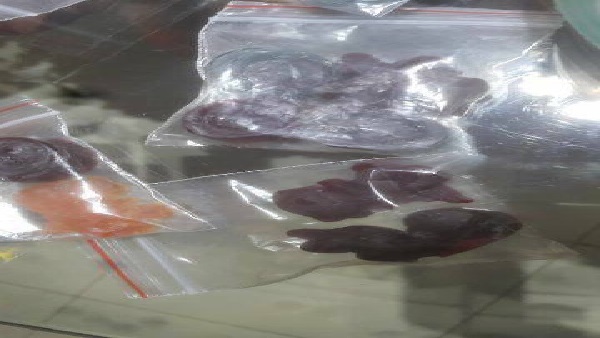 Some of the sweets given to school children. Photo Credit: Yusuf Abramjee

South African police are hunting for a man who is suspected of giving poisoned sweets to schoolchildren.

Two out of the 60 children who ate the sweets are in a serious condition in hospital.

Paramedics were called to the scene after a number of them complained of abdominal pain as well as nausea and vomiting.

They were treated and taken to hospital. The children told paramedics they had been given sweets by an unknown man the previous day.

A case of attempted murder had been opened.

The education department has warned schools to be on the lookout for the suspect.

A local journalist has tweeted a picture of what he says is a bag of the tainted sweets that was recovered:

These sweets were given to school children… @EducationGP @Lesufi pic.twitter.com/SZ8Nfi2S6Y