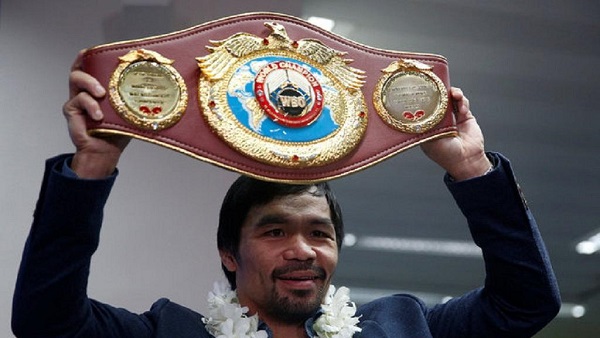 Filipino boxing great Manny Pacquiao has left the door open on the possibility of a rematch with Floyd Mayweather if the American ever comes out of retirement.

Mayweather, now 39, beat Pacquiao by unanimous decision on May 2015 and announced his retirement four months later with a 49-0 record.

“If he comes back into boxing, there is a possibility, but right now we are not talking or discussing about that,” Pacquiao told Kyodo news agency in Japan.

The 37-year-old ended his own brief retirement earlier this month by taking the WBOwelterweight title off American Jessie Vargas in a unanimous points decision.

“I don’t know when my career will end,” the southpaw added.

“I realised I felt lonely inside because I am no longer active in boxing. I asked myself if I can still fight, and I decided to come back and continue the journey of my career.”

Discussions about Pacquiao’s next fight have been put on the backburner for the time being while he focuses on his career in politics.

The former eight-division world champion served as a congressman before being elected to the Philippines Senate in May.