How Kenya became the cradle of Africa’s technological innovation 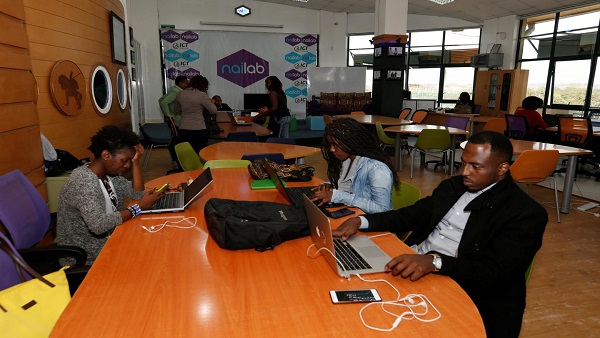 A digital revolution is taking place in Kenya that has had ripples around Africa and the world. A paradigm shift is underway in Kenya. New innovations are destroying old ways of doing business, and smart young startup entrepreneurs are at the forefront of this quiet but historic transformation.

Teams of skilled developers and programmers have sprung up in innovation hubs, incubators and accelerators across the country to build information and telecom solutions that capitalize on the country’s mix of challenges and opportunities. At the same time, we have seen a number of spinoffs of Kenya’s unique entrepreneurial revolution reach across Africa and into other corners of the world, attracting global recognition for the country.

Digital Kenya addresses the many different aspects of these technological changes, innovations and entrepreneurial activities, including policy formulation, impediments and opportunities. It is the first book to chronicle the digital entrepreneurship revolution in Africa and describe how it has emerged in the face of high unemployment rates, poverty, lack of technological infrastructure and disparate cultural interpretations of entrepreneurialism and risk-taking. In this context, the book heralds a new way of thinking about and understanding emergent opportunities in the digital world and how best to exploit them in the face of significant developmental challenges.

We also show how the paradigm shift that facilitated Kenya’s digital revolution was the result of a number of overlapping factors. For one, India’s experience and policy framework served as a benchmark and source of inspiration for growth in the face of real challenges. As in India, innovators in Kenya learned that information and communications technology (ICT) has great potential to help propel the country out of unemployment and poverty.

The percentage of Kenyans in gainful employment, compared with those actively seeking employment, has been estimated at 40 percent. The World Bank reported that of the Kenyan 800,000 youth (aged 15–35) that join the labor market every year, only 50,000 secure a job. Some 70 percent of them are unemployed.

But rather than view youth unemployment as the ticking time bomb it is often described as, a number of innovators have used the platforms created by ICT as a strategy to absorb large numbers of well-educated unemployed youth and thus to contribute to economic growth. Digital Kenya reviews the many different ways this was achieved and the challenges faced along the way.

In addition, we describe the development of pro-entrepreneurialism policies and partnerships in Kenya. A simple five-point policy became a key driver of the shift—focusing on the development of ICT infrastructure, leveraging of ubiquitous mobile platforms to build applications, creation of local content, building of human resource capacity, development of public-private partnerships, and creation of employment opportunities for the growing youth population—with the result that Kenya’s policy environment has slowly become a conduit for successful ICT development.

The laying of the first fiber-optic cable on the Eastern Seaboard of Africa, the TEAMS cable, was another crucial step and heralded a new chapter for cheaper telecommunication access. With it, opportunities using mainstream Internet access were created, such as subsidizing broadband for all universities and creating start-up hubs where entrepreneurs had access to high-speed Internet.

Soon new web applications were being created. M-Pesa, a money-transferring app, capitalized on the fact that only 5 percent of the Kenyan population had access to bank accounts and created a solution that revolutionized citizens’ financial freedom. The post-election violence of 2007–2008 also brought some unexpected innovation when a small group consisting of concerned tech entrepreneurs began to collect eyewitness reports of violence from emails and text messages and upload them to Google Maps, giving rise to Ushahidi—Swahili for “testimony” or “witness”—a groundbreaking information-gathering, visualization and interactive mapping tool that is now used around the globe and was recently deployed during the U.S. elections. Ushahidi, along with M-Pesa, changed the minds of even the doubters that it was possible for innovation to stimulate world-class entrepreneurialism in Kenya.

Although the landing of the TEAMS cable was a foundational step in Kenya’s emergent entrepreneurial revolution, the opening up of public data was equally important. Kenya developed the Kenya Open Data Initiative, a portal to fuel new apps and new enterprises. Civil society, through the online discussion portal KICTANet, began to push for additional data sets and raised many additional policy issues beyond a mere call for data. Other factors, such as investments in research and seed capital for social enterprises provided by institutions, such as the Rockefeller Foundation, propelled Kenya’s many ICT programs and projects in ways that involved and empowered the less fortunate.

Digital Kenya seeks to bring into perspective the ongoing debate about adoption of disruptive ICTs not just in Kenya but throughout the world. Kenya is not new to disruption, considering the fact that our own innovations—such as M-Pesa and Ushahidi—are causing disruptions in other parts of the world, and that many more Kenyan-led innovations are underway. To ensure that Kenya and Africa continue to contribute to this important growth, we must open up the conversation about entrepreneurialism and risk and be supportive of disruptions coming from elsewhere. The ICT revolution is a global and competitive phenomenon that is heralding a new paradigm of creativity and innovation in virtually every part of the world. In fact, by the time this book goes to press, there will be hundreds of new apps on the market and nations newly acceding to disruptive change, alongside new movements to restrict rapid technological advancement.

It is hoped that the book will help policymakers approach policy differently than they have done in the past. Looking at policy from various perspectives—such as the entrepreneurial approaches explored in chapter 12, “Inside a Policymaker’s Mind: An Entrepreneurial Approach to Policy Development and Implementation,”—as a strategy for dealing with some of the more pressing challenges could revolutionize how we tackle development challenges in general and help the world make real progress toward the United Nations’ Sustainable Development Goals. Opening access to hospital registry records, for example, which can help researchers discover new patterns of diseases and ultimately improve health systems across the globe, is one such strategy.

When historians write Africa’s digital story, Kenya will likely assume its place as the cradle of ICT revolution on the continent. Never before has an African nation gone through a disruption such as the digital transformation that is still underway in Kenya.

With so much creativity and innovation going on, the nation is witnessing a gigantic paradigm shift. It is a revolution of a kind that is empowering ordinary citizens and reshaping their communities and lifestyles, heralding a new way of thinking about and understanding entrepreneurial opportunities and how to exploit them.

Bitange Ndemo is the former permanent secretary for the Ministry of Information and Communications in Kenya. This piece is an edited extract from Digital Kenya: An Entrepreneurial Revolution in the Making , co-edited by Ndemo and Tim Weiss and published by Palgrave Macmillan. An e-version of the book is available to download for free here.

Morocco has suspended all ties with the German embassy in the country over its stance on Western Sahara. The suspension of relations was announced by...
Read more
- Advertisement -

A cockerel was held at a police station after killing its owner during a cockfight in southern India. The cockerel which will be sent to...
Read more
News

The 279 schoolgirls kidnapped from a boarding school in the north-western Nigerian state of Zamfara have been released. They were taken to the governor’s office...
Read more