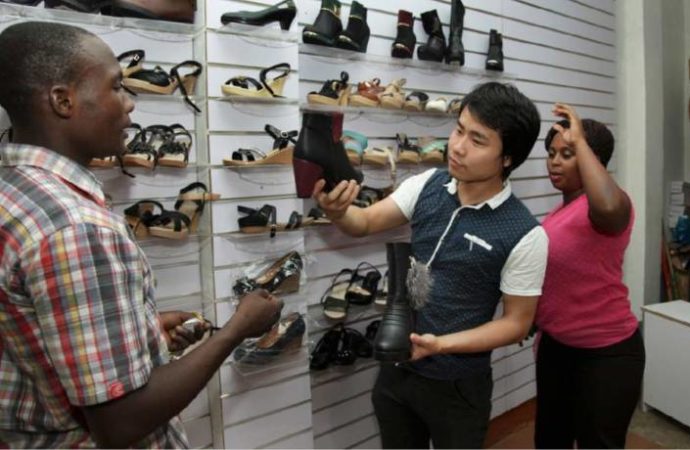 Some business owners in Uganda on Wednesday trooped to the streets to register their displeasure against the involvement of Chinese in their retail business.

According to local media Capital Radio traders operating in arcades around Nakasero market closed their shops expressing dissatisfaction over the development.

The move is to draw the attention of authorities to the ever growing phenomenon.

According to the traders, the Chinese where allowed in as investors but have now become petty traders, competing with locals.

The Angry traders  operating on Seroma arcade, Nalule Arcade, MM arcade among others who deal mainly in hardware materials, accused Chinese investors of selling at low cost in order to push them out of business.

Most of the placards used during the peaceful demonstration urged the Chinese to desist from the practice and move back to their country.

Similar agitations have taken place in other African countries.