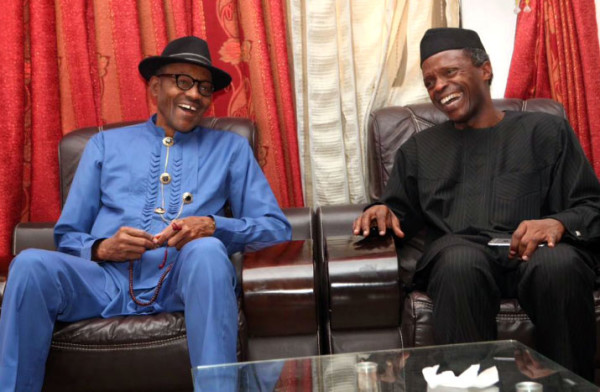 Nigeria’s Vice President Yemi Osinbajo, the acting head of government, was in London on Tuesday to meet with President Muhammadu Buhari, who has been receiving unspecified medical treatment there since May 7.

No date has been set for the 74-year-old leader’s return and he has not been seen in any official pictures during his absence, and questions about his condition are met with silence.

No further details were given, though Akande said the vice president was expected back in Abuja “afterwards”.

Buhari’s prolonged absence comes as the country, Africa’s most populous, is facing a bruising economic recession that has seen inflation spike and investments stall.

The government has denied that the president is terminally ill or even dead, but for many Nigerians the incident has cast doubt on Buhari’s pledges for greater government openness and accountability.

Buhari’s wife, Aisha left for London last week to be with her husband, her second visit in two months.

The former military ruler in the 1980s, has been dogged by speculation about his health even before the election win in 2015 that brought him to power.

During that campaign, the then-ruling party claimed he was seriously ill with prostate cancer and even put out advertisements insinuating he would die in office.

Buhari rejected the claims as unfounded.

He first sought treatment in London in June last year for what his aides said was a persistent inner ear infection, returning six months later for check-ups that was later said to be “a long period of treatment”.

Buhari himself admitted on his return to Abuja in March that he had not been that ill before.

The health of Nigerian leaders has often been an issue.

Nigeria was plunged into months of political turmoil in 2010 after president Umaru Musa Yar’Adua died in office following months of treatment abroad.