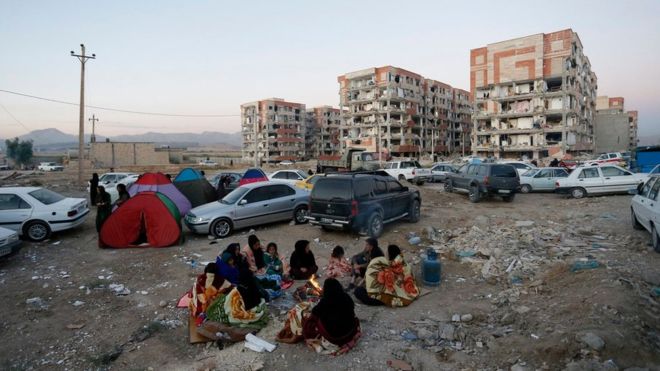 A 7.3-magnitude earthquake has rattled the northern border region between Iran and Iraq, killing at least 170 people and injuring more than 1,000.

Six more were reported dead in Iraq. The death toll is likely to rise.

The earthquake sparked panic, with fears of aftershocks sending residents out into the streets.

Nigeria issues ‘red alert’ after the US killed Iranian General

Mosques in the Iraqi capital Baghdad have been broadcasting prayers through loudspeakers.

Most of the victims were in the town of Sarpol-e Zahab, about 15km (10 miles) from the border, Iran’s emergency services chief, Pir Hossein Koolivand was quoted as saying on Iranian state television channel IRINN.

Damage was reported in at least eight villages, the head of Iran’s Red Crescent Organisation, Morteza Salim, told the channel.

“Some other villages have suffered power cuts and their telecommunications system has also been disturbed,” he said.

Rescue teams were being hampered by landslides, Mr Koolivand said.

On the Iraqi side, the most extensive damage was in the town of Darbandikhan, 75km (47 miles) east of the city of Sulaimaniyah in the Kurdistan Region.

The quake hit 19 miles (30km) southwest of Halabja, near the northeastern border with Iran, the US Geological Survey (USGS) said.

The occurred at a depth of 33.9 km (21 miles), and tremors were felt in Turkey, Israel and Kuwait. Iran sits across major fault lines and is prone to frequent earthquakes. 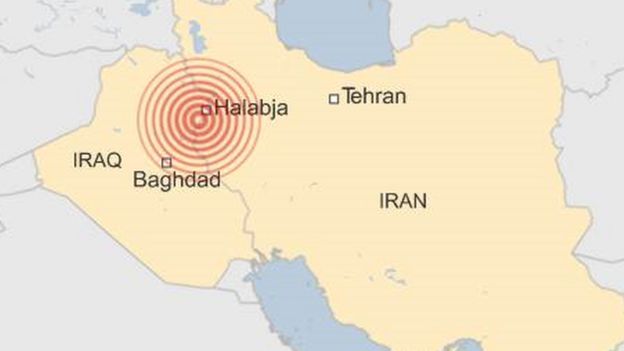