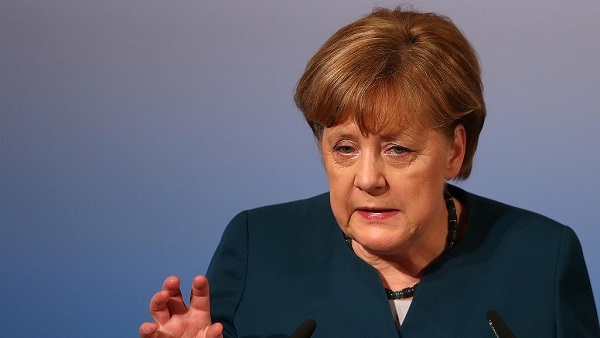 But the deal to revive a “grand coalition” that has governed since 2013 must be approved by SPD party members at a congress planned for January 21. Some fear further association with Merkel’s chancellorship could erode the influence of the SPD which suffered the worst result in September’s election since the modern Federal Republic was founded in 1949.

“We have felt since the elections that the world will not wait for us, and in particular regarding Europe we are convinced we need a new call for Europe,” Merkel, who has played a central role in tackling crises over the euro and refugees, told journalists after talks that had run through the night.

A 28-page blueprint pledged close co-operation with France to strengthen the euro zone. It also contained a promise, apparently targeting Saudi Arabia, a major buyer of German arms, not to export arms to countries involved in the war in Yemen.

Weakened by an election setback in September, Merkel turned to the left-leaning SPD to renew their grand coalition after the collapse in November of talks on a three-way coalition with the Greens and Free Democrats (FDP).

Germany is unfamiliar with the long negotiations that mark coalition building in many neighbouring countries. The dominance of the SPD and the conservatives long ensured smooth government transition. But elections last September saw the rise of the right-wing Alternative for Germany which upset the arithmetic.

Merkel was eager to avoid any repeat elections or attempt at a minority government.

“There will be difficult tasks to come,” Merkel said. “The coalition negotiations probably won’t be easier than the exploratory talks.”

Horst Seehofer, head of the Bavarian sister party of Merkel’s Christian Democrats, said a government could be in place by Easter – March or April.

On the domestic front the blueprint, open to revision, foresaw tax relief for citizens of 10 billion euros (£8.90 billion) over the three years to 2021 as well as extra spending on home-building, education and research.

The blueprint showed the two parties aimed to gradually abolish the ‘solidarity tax’ introduced after reunification in 1990 to support poorer eastern states.

Emmanuel Obinne, West Africa Head of Growth and Partnerships at BPC Banking Technologies is advocating for a robust payment system for trade under the...
Read more
News