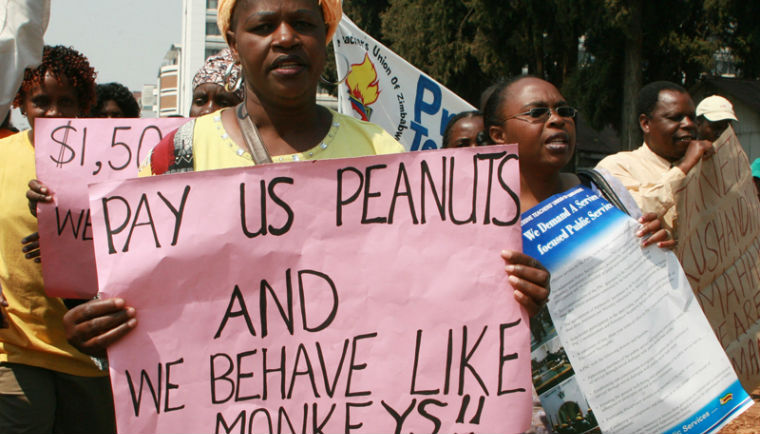 Public sector workers in Zimbabwe have refused to accept a 15 percent pay rise offer from the government and are demanding more.

The government last week announced that it will be increasing salaries of the army, police and other civil servants by 10 percent beginning in July this year in order to maintain calm atmosphere ahead of a crucial general election.

This year’s general election would be the first since the country’s former President Robert Mugabe left power by resigning.

The Apex Council which is the union representing all government workers on Tuesday said that the offer from the government isn’t good enough. The workers are demanding 100 percent increase in salaries.

Apex Council chairperson Cecilia Alexander said that “We would like to urge the government to improve the salary of the lowest paid to PDL. We have not yet reached a deadlock. Dialogue is still ongoing”.

President Emmerson Mnangagwa has said that his administration is working hard to prevent series of strikes by public workers in order to create a peaceful atmosphere ahead of key elections later this year.

Any attempt from the government to increase salaries beyond 10 percent could increase Zimbabwe’s 2018 budget deficit as the new president promises to revive the country’s ailing economy.