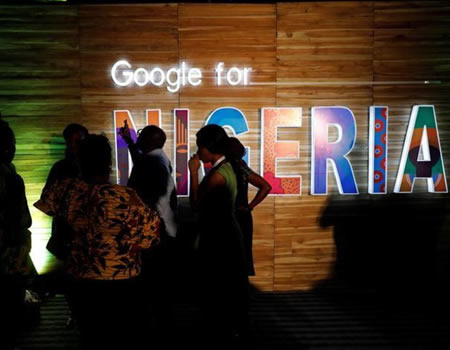 Google said on Thursday that it has partnered with Nigerian fibre cable network provider 21st Century to provide its public Wi-Fi service.

Google has announced the launch of a network of free Wi-Fi hotspots in Nigeria. This is part of the company’s ongoing project to expand its presence in Africa.

Google said on Thursday that it has partnered with Nigerian fibre cable network provider 21st Century to provide its public Wi-Fi service.

The Google Station will be available in six places in the commercial capital Lagos, including the city’s airport.

Anjali Joshi who is Google’s vice president for product management, told Reuters in Lagos that “We are rolling out the service in Lagos today but the plan is to quickly expand to other locations.”

Google is hoping to collaborate with other internet service providers to reach millions of Nigerians in 200 public spaces, across five cities by the end of 2019.

According to the World Bank, only 25.7 percent of the Nigerian population in 2016 were able to use the internet.

That’s because internet penetration is relatively low in Nigeria and this latest move should help address that.

Last week Alphabet, parent company of Google said it will be delivering internet to Kenyans using its system of balloons.

The project will launch in 2019 and is to be supported by Telkom Kenya. It will cover rural and suburban populations.

The provision of this high speed internet service will make it Alphabet’s first commercial deal in Africa.

Somalia: First FGM prosecution after death of a victim