Cameroon to probe execution of civilians by security forces 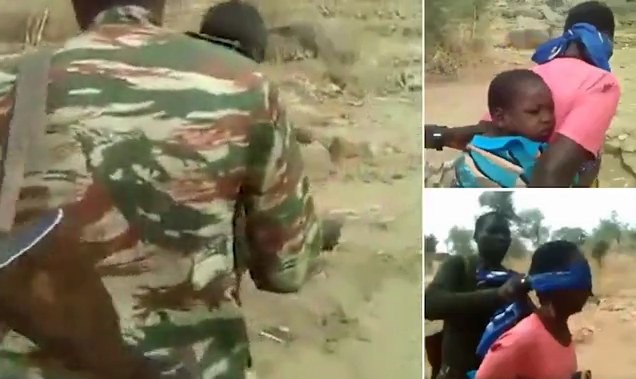 Cameroon’s government says it will launch a probe into allegations that its security forces executed civilians in the Far North of the country.

In the video two women can be seen, one with an infant strapped to her back, being led by a group of uniformed men.

The women had been blindfolded and told to sit down alongside their children. Two men then step back with their rifles and fired a series of rounds.

The video drew outrage across Cameroon. It was shot in a village of Achigaya in 2016.

Although verification of the video has been a challenge, rights group Amnesty International says it is authentic.

Amnesty in a statement said it has verified the video through witness testimony.

It also carried out satellite imagery and analysis of the weapons, dialogue and uniforms to make that confirmation.

Cameroon’s government says the release of the video was to undermine the President. On Friday it said the incident will be probed.

Government spokesman Issa Tchiroma Bakary says Paul Biya’s government is a victim of a “campaign of denigration”.  He was referring to the release of the video just ahead of the election in October.

He told Reuters that “We are in an electoral period and it’s conducive to this kind of thing. People want to discredit the army and president.”

In all nine people will run for president in the October’s election.