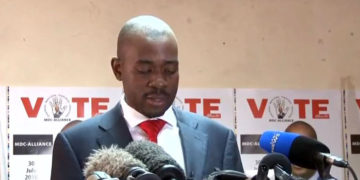 The party wanted to undertake such an exercise on Saturday claiming its leader Chamisa is the legitimate president of Zimbabwe. 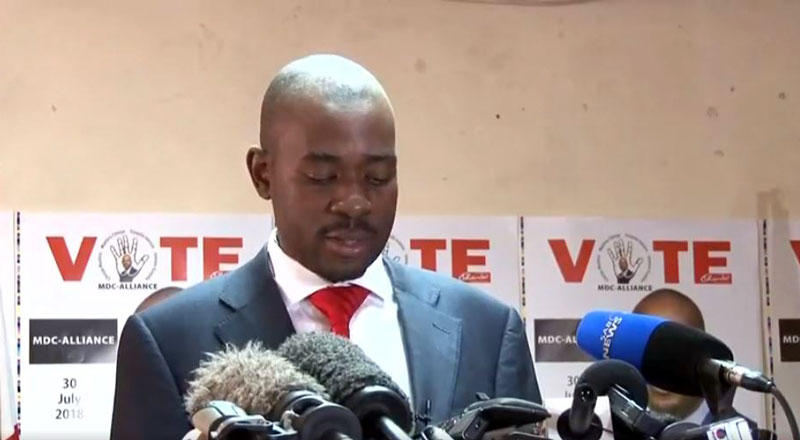 The party wanted to undertake such an exercise on Saturday claiming its leader Chamisa is the legitimate president of Zimbabwe.

Local media reports that the MDC postponed the event which was also meant to mark the party’s 19th anniversary celebrations.

The police have placed a ban on public gatherings in Harare. Zimbabwe is currently battling a surge in Cholera outbreak.  The ban on gatherings is to prevent the spread of the disease.

At least 25 have died from the outbreak with thousands of cases reported at health facilities across Harare.

The police wrote in a letter to the MDC saying that “Considering the magnitude of people that will be flocking from all over Zimbabwe on your anniversary celebration day, it is not advisable for thousands of people to gather in an area where there is an outbreak of a contagious disease. Meanwhile, the intended celebration is not sanctioned”.

Chamisa and his MDC party lost a legal challenge to the Zimbabwe election results last month at the constitutional court.

The court upheld an earlier announcement by the Zimbabwe election commission declaring President Emmerson Mnangagwa as winner of the presidential election.

But the MDC and its leader Chamisa rejected the court’s ruling.

Emmerson Mnangagwa has already been sworn in as President and has already started appointing his cabinet.