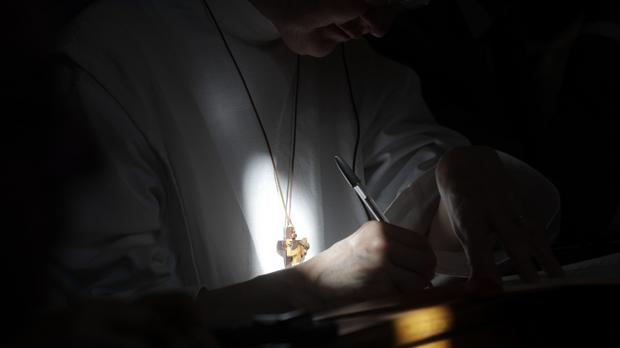 A local state official told AFP on Wednesday that the kidnapping happened at a border community between Edo and Delta States.

Officials in Nigeria say gunmen on Tuesday kidnapped four Catholic priests in the southern part of the country.

A local state official told AFP on Wednesday that the kidnapping happened at a border community between Edo and Delta States.

AFP quotes a spokesperson for Delta State, Andrew Aniamaka as saying that the priests “were abducted on their way to Ekpoma, Edo state, from Delta for an event.”

Police and local security are reportedly hunting down the gunmen.

According to the AFP, officials at the Warri Catholic diocese in Delta State have confirmed the incident.

Last month five Catholic nuns were kidnapped in Nigeria’s Delta State. They were attacked on their way from a funeral ceremony.

The gunmen reportedly stopped the car the nuns were traveling in on a highway, shooting at the vehicle.

Two nuns were reportedly injured in the process before five others were abducted. Kidnapping for ransom is common in parts of Nigeria.

Other kidnappings carried out by militant group Boko Haram are for political purposes with victims often killed.

Opinion: Is Africa ready for a manufacturing renaissance?