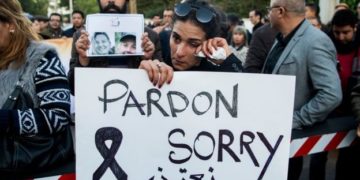 Moroccans who attended the vigil for the murdered tourists held placards saying "sorry". There were gatherings at the embassies of Norway and Denmark. 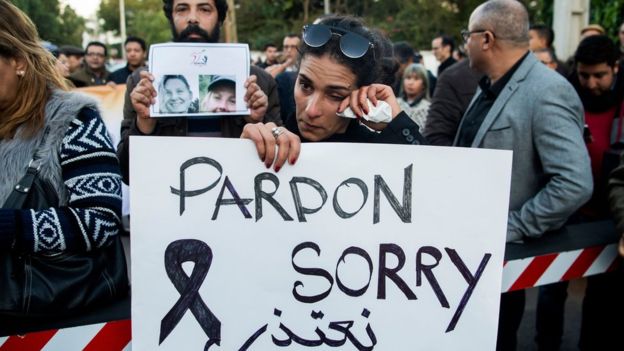 Hundreds of Moroccans on Saturday attended a vigil in the capital Rabat for the two Scandinavian tourists who were murdered in the Atlas mountains.

The bodies of Danish student Louisa Vesterager Jespersen, 24, and 28-year-old Maren Ueland from Norway were found on Monday.

Officials in Morocco say the killings could be linked to activities of terrorists.

This claim was made on Thursday following the arrest of three suspects over the murder case. Investigators say they are tracing a link to Islamic extremism.

Moroccans who attended the vigil for the murdered tourists held placards saying “sorry”. There were gatherings at the embassies of Norway and Denmark.

24 year old Jespersen from Denmark, and 28-year-old Norwegian Ms Ueland were studying outdoor activities at the University of Southeastern Norway.

They arrived in Morocco on December 9 and travelled to the foothills of Mount Toubkal. It is Morocco’s highest peak, 10km from Imlil.

Both tourists were on a month-long holiday in Morocco.

The country has been spared to a large extent from terrorist attacks in recent times. Morocco is considered one of the safest places for tourists.

This latest incident is seen as a potential blow to the tourism sector of Morocco.