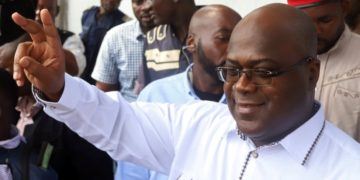 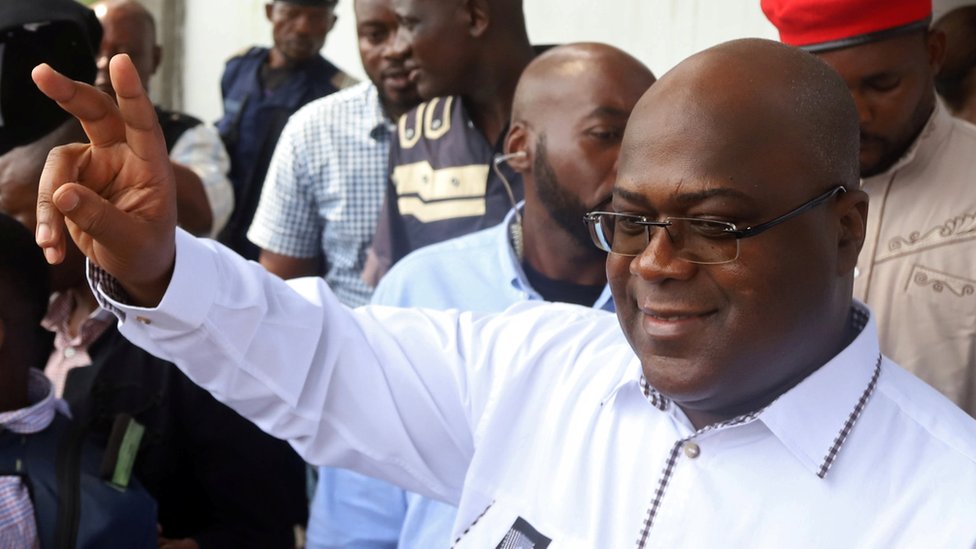 The opposition candidate Felix Tshisekedi has won the presidential election in the Democratic Republic of Congo.

The ruling coalition’s candidate Mr. Shadary secured 4.4 million votes. The results are however yet to be finally confirmed.

The head of the Independent National Election Commission (CENI), Corneille Nangaa, said in the capital, Kinshasa that “Having gained … 38.57 percent of the vote, Felix Tshisekedi is provisionally declared the elected president of the Democratic Republic of Congo.”

But final results are expected to be confirmed by January 15 and the new president sworn in on January 18.

Based on the provisional results Mr Tshisekedi will be the first opposition candidate to win such a vote since DR Congo gained independence.

Felix Tshisekedi Tshilombo is the son of a late veteran opposition leader, Etienne Tshisekedi. Until his death he was the face of the DRC’s opposition for decades.

Felix Tshisekedi refused to back Fayulu ahead of the election after withdrawing from an agreement to back the opposition coalition’s candidate.

Kabila took over as president from his father Laurent who was assassinated in 2001.  He frustrated the holding of the election which had to be delayed for several years.

The publication of provisional results was first delayed on Sunday raising tension in the country.

Representatives of Felix Tshisekedi said this week that they met with outgoing President Joseph Kabila’s camp to ensure a peaceful transfer of power.

The Catholic Church in the Democratic Republic of Congo had also said that there was a clear winner in the presidential election.

Doctors in Zimbabwe declare an end to their strike