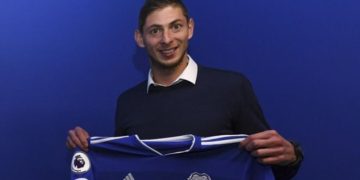 The Argentine striker, 28, was one of two people on board the plane which lost contact off Alderney in the Channel Islands on Monday night. 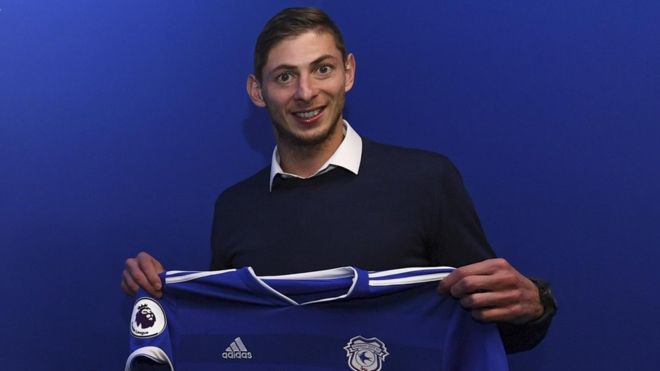 Emiliano Sala was returning to Cardiff on Monday after signing for the club at the weekend. Photo: Getty Images

The search for a missing aircraft that was carrying Cardiff City footballer Emiliano Sala has resumed.

The Argentine striker, 28, was one of two people on board the plane which lost contact off Alderney in the Channel Islands on Monday night.

Media in Argentina reported that he said: “I’m on a plane that looks like it’s going to fall apart.”

Five aircraft and two lifeboats scoured more than 1,000 sq miles for traces of the Piper Malibu plane on Tuesday with two planes continuing the search on Wednesday.

“I think even the most fit person if they are in the water would not last longer more than a very few hours.

“At this time of year the conditions out there are pretty horrendous if you are actually in the water.”

Guernsey Police tweeted that it was working on four possibilities, including that the “aircraft broke up on contact with the water, leaving them in the sea” and they “landed on water and made it into the life raft we know was on board”.

“Our search area is prioritised on the life raft option,” it said.

Sala was heading to the Welsh capital after signing for the Bluebirds from French club Nantes in a £15m deal.

Cardiff City chairman Mehmet Dalman said players and fans were in a “state of shock”.

“We are still praying,” he said, adding that the club had received messages of support from around the world.

The “family of football has a way of coming together at times of tragedy,” Mr Dalman told BBC Radio Wales’ Good Morning Wales programme.

He also confirmed that the club had not booked the plane for the trip, adding that Sala had “made his own arrangements”.

“We will not leave a single stone unturned until we have all the facts,” added Mr Dalman.