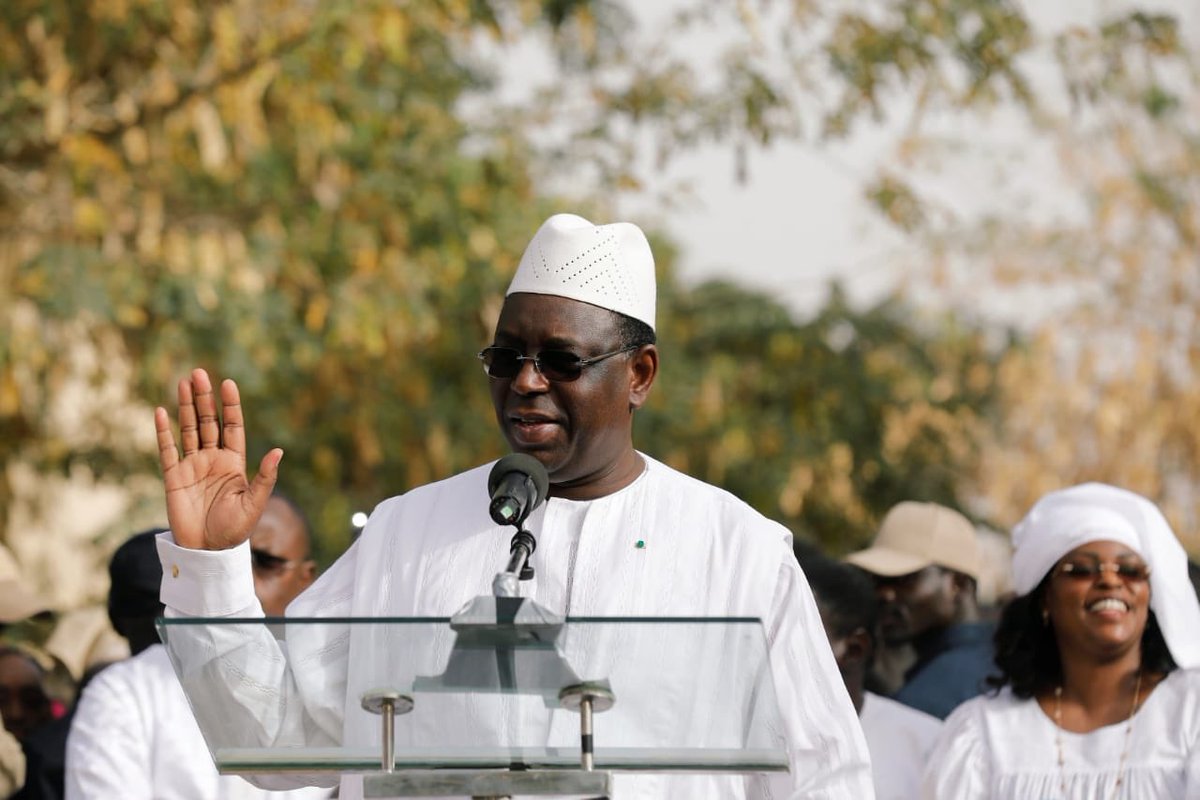 Hours after the end of voting in Senegal, the country’s President Macky Sall is tipped to claim re-election victory.

His camp has already announced that preliminary election results showed that the president won the presidential election.

The opposition parties have however raised concerns insisting there is the likelihood of a second round of voting.

If final results do not confirm a win of a majority proportion for Macky Sall then a second round of voting will take place on March 24.

Senegal’s Prime Minister Mahammed Dionne, had said that Sall won 13 out of 14 regions representing 57 percent of the vote.

He told journalists “We must congratulate the president for his re-election in the first round.”

Sunday’s voting was peaceful helping to prolong Senegal’s status as one of the most stable democracies in West Africa.

Since its independence in 1960, Senegal has not witnessed a coup making it one of the most stable countries in Africa as well.

Four other candidates contested the election. They include Idrissa Seck, 59, who served as a prime minister in the 2000s.

He has failed on two separate occasions to win the presidency and doesn’t seem set to be successful this time round, according to analysts.

The youngest candidate for the election is 44-year-old, Ousmane Sonko who is considered a newcomer to the political scene.

The tax inspector won an election to become a lawmaker in 2017. He is representing his own party the Patriots of Senegal for Work, Ethics and Fraternity (PASTEF) in parliament.

Sunday’s election also had an academic. 63-year-old IT professor, Issa Sall is representing the Party of Unity and Assembly (PUR).

The other candidate also in this race is Madicke Niang who is 65 years of age. He is considered the candidate with the least chance of winning the vote.

He previously served as a minister in the government under former President Abdoulaye Wade.