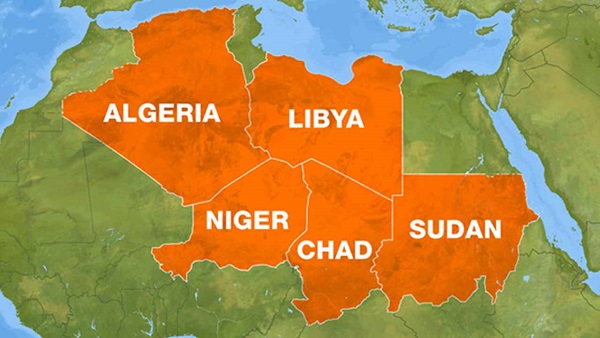 The soldiers were killed overnight in an attack being described by officials as the deadliest ever in Chad.

Reuters reports that two Chadian security sources said on Friday the raid occurred in the town of Dangdala.

Dangdala is close to the banks of Lake Chad. One of Reuters’ reported sources claimed the militants crossed the border from neighbouring Niger.

Last December leaders of these countries vowed to end the insurgency of terrorist group.

Presidents of Nigeria, Niger and Chad met to find new ways of ending the activities of the militant group.

That meeting was attended by Nigeria’s Muhammadu Buhari, Mahamadou Issoufou of Niger and Idriss Deby Itno of Chad.

They also vowed to push for the quick implementation of the Regional Stabilisation Strategy in the areas of Lake Chad affected by the Boko Haram crisis.

Leaders in affected countries resolved to roll out the Quick Impact Projects (QIPs). The project aims at providing immediate relief to the communities affected by the Boko Haram insurgency.

These countries have suffered a lot of attacks resulting in deaths with millions displaced, creating a humanitarian crisis.