8 persons arrested for planning to secede from Ghana

Police in Ghana on Sunday arrested eight persons who they accuse of attempting to declare an independent state out of Ghana.

Those arrested belong to a group called “Homeland Study Group Foundation”. The group has been agitating for years about unfair treatment in Ghana.

Ghana’s officials have been battling with members of the group who reside in Ghana’s Volta region previously the British Togoland.

Aggrieved residents of this territory claim the processes that led to their merger with the then Gold Coast now Ghana were flawed.

They also claim that the Volta region lacked needed development hence the need to be an independent country on its own.

In a statement, the police said those arrested were “in the course of a meeting to finalize arrangements to declare independent Western Togoland on 9th May, 2019.”

The statement also revealed that the group had “a constitution, national emblem and anthem prepared” for the supposed independent state.

Ghana’s Volta region previously known as the British Togoland is a historical landscape.

There has been no major dispute to this arrangement until now when the Homeland Study Group Foundation group called for a split. 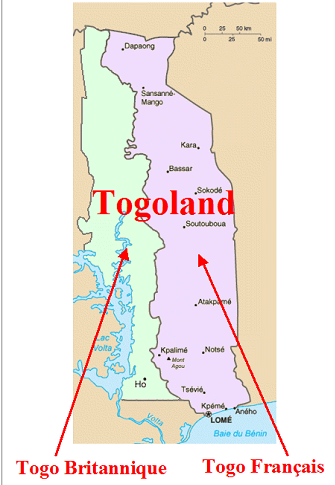 According to Africa Feeds investigations in Ghana, the agitations have persisted for many years but dominated media discussions from 2016.

The convener of the Homeland Study Group, Charles Kormi Kudjordjie had previously told Africa Feeds that the entire process towards merging the British Togoland in 1956 was flawed and illegal saying that the Volta region must stand on its own.

He said “a good child born by her parents should decide to be on his own, see to his children, do everything so that he doesn’t permanently become a burden on his parents.

That’s a good child, but a lazy one decides to be there forever. We are grown and can do our own thing so we want to be on our own. Ghana cannot be our father, our mother, no.”

Authorities in Ghana had always warned to arrest and prosecute those behind the campaign.

In 2017, three leading members of the group were arrested by the police and sent to court. A Magistrate court however declined jurisdiction over the charge of treason felony proffered against them.