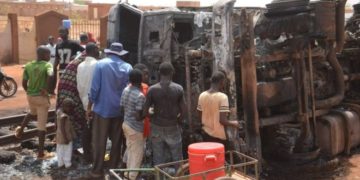 Many of the victims had gathered to collect fuel after the vehicle overturned close to railway tracks as it tried to park. 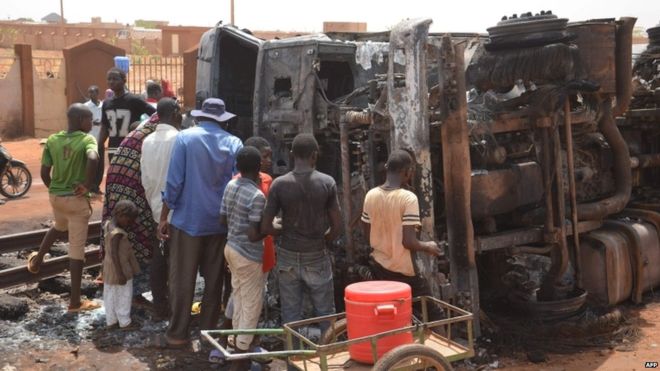 People had gathered to collect fuel from the tanker when it exploded. Photo: AFP

A fuel tanker lorry has overturned and exploded near the airport in Niger’s capital, Niamey, killing at least 58 people, authorities say.

Many of the victims had gathered to collect fuel after the vehicle overturned close to railway tracks as it tried to park.

Another 37 people were injured in the explosion late on Sunday evening.

President Mahamadou Issoufou has travelled to visit some of the injured in hospital.

The latest accident happened on the RN1 road that links the Diori Hamani international airport to Niamey.

One eyewitness told Agence France-Presse: “Just before midnight I went out and I saw the truck overturned. People came from everywhere to take gas, then I saw fire on its side and everything burst into flames.”

Interior Minister Mohamed Bazoum told the agency it appeared a spark from one of the motorcycles that had gathered at the scene may have caused the explosion.

More than 100 people died in an explosion in southern Nigeria in 2012.