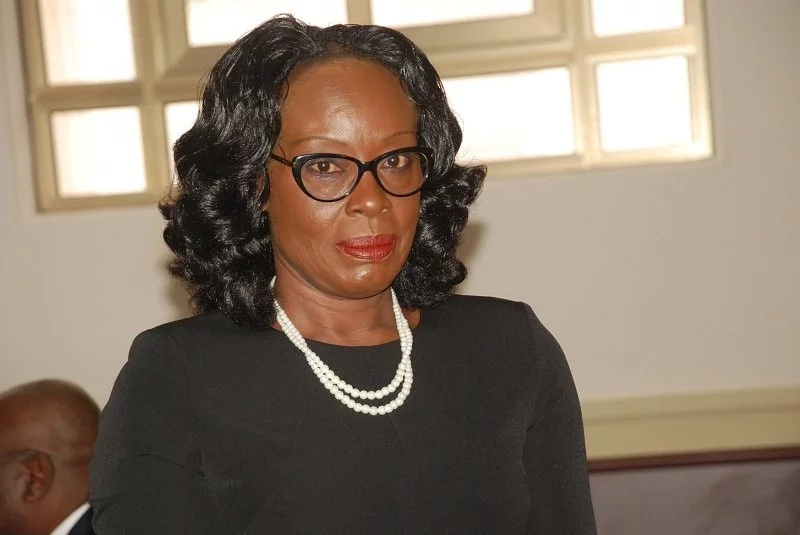 Ghana’s Attorney General and Minister of Justice, Gloria Akuffo has announced how lovely it would have been for her to get married even at the age of 64.

The pretty looking top lawyer of Ghana is still single and says she is looking and searching for a husband.

Gloria Akuffo is single but had children with other married men. She is ageing and has told a local media outlet in Accra that she desires to settle down with a man.

The Justice minister however regrets having children with what she calls “other people’s husbands”.

But while having babies with these men she said she didn’t consider it wrong. Miss Akuffo said she “wouldn’t have done it today.”

“You know my background. I was born into a big home and at that age, you really didn’t think there was anything. But seriously, maybe I wouldn’t have done it today.

”You grow up not really seeing something wrong with having a relationship with someone’s [husband].” Gloria Akuffo said.

She told Accra based Joy FM that she is yet to get anyone who is willing to marry her, signalling how worried she was about missing the opportunity while growing up.

“Who said if I got somebody I won’t marry today? I have not found the person yet. I am still looking”, Gloria Akuffo said in the radio interview.

I had my children with other people’s husbands ~ Attorney General Gloria Akuffo reveals ?

Miss Akuffo knows what she wants in a husband but said “Maybe I have not been found and I have not found”.

The popular lawyer said her future husband must be “a friend that I can be Gloria with.

I can be angry I can laugh and a true friend you can sit with and in spite of whatever differences you will have into the future you can look back and laugh together and walk your old age together”.

In most African societies, it is considered an important thing for a woman to marry. Many women who remain unmarried at an advanced age sometimes worry.