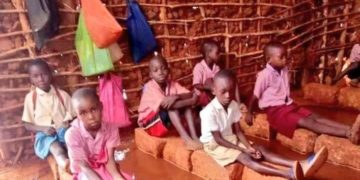 The lack of adequate and effective teaching and learning facilities have impacted negatively on education in many African countries. 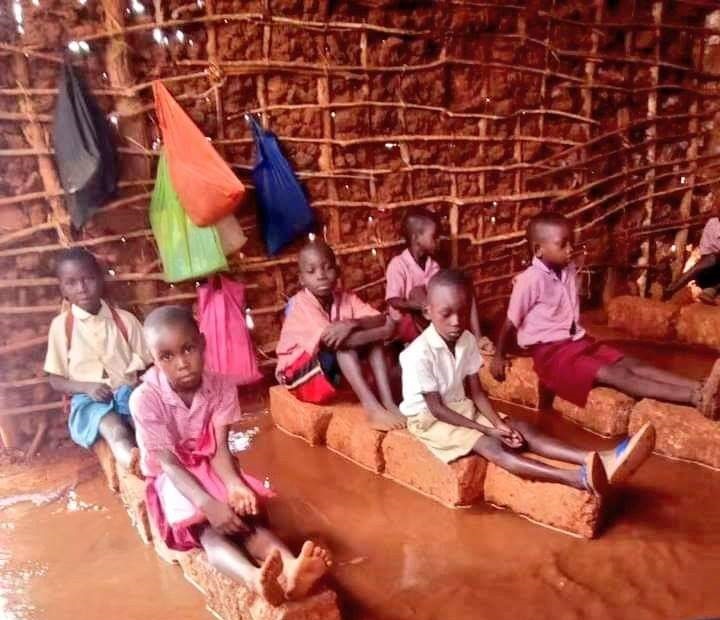 Education facilities are lacking in many African countries.

Many Kenyans have been angered by a disturbing photo of some pupils sitting and studding on bricks in a flooded classroom.

The pupils of Mangororo Primary School in Ganze constituency in the Kilifi County who already study in classrooms made of mud came to school after a rainy night to meet a grime classroom.

The coastal school gained a lot of attention on social media when photos of it’s sorry state went viral.

The pupils are mostly barefoot or with sandals. They are forced to stand on the stones as a result of the flooded classroom.

During the dry season, some pupils use the stones as desks due to the unavailability of furniture.

It has been revealed that the school is also a polling station during elections.

There has been a lot of bashing of government officials on social media for neglecting the school.

The enraging development has led to some Kenyan’s questioning some government initiatives including the popular 500,000 affordable houses project being powered by Kenya’s national government, county governments, and the private sector by 2022.

There are many schools with similar conditions scattered across Africa.

The lack of adequate and effective teaching and learning facilities have impacted negatively on education in many African countries.