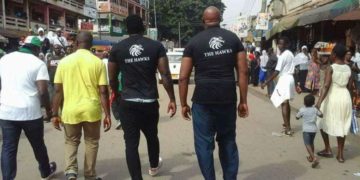 In Ghana authorities are currently struggling to find the best way in disbanding these political groupings known as political-party vigilantes. 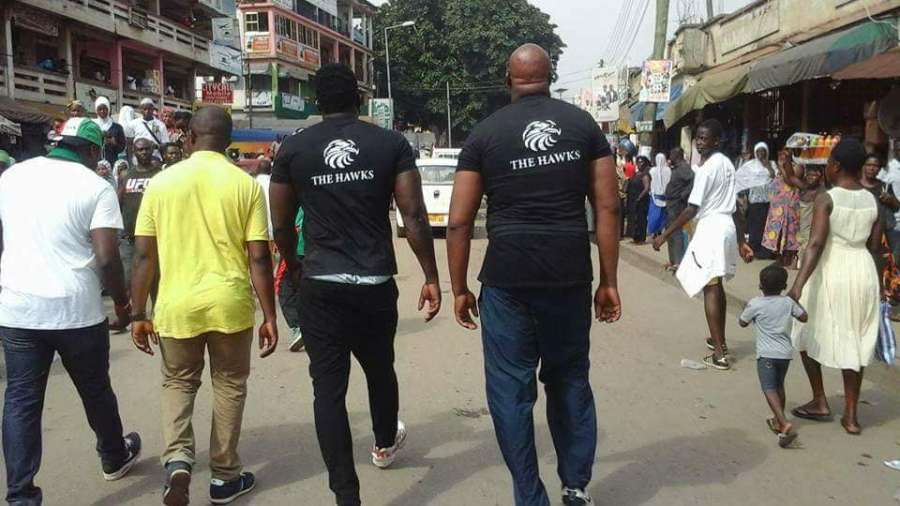 Ghana has over 40 vigilante groups largely dominated by those affiliated to political parties.

The actions of these persons are always dangerous. They engage in violence in the name of protecting the interest of political parties they support.

In Ghana authorities are currently struggling to find the best way in disbanding these political groupings known as political-party vigilantes.

There has been little progress so far, but there is an overwhelming call for these groups to go.

Last year the United Nations estimated that some 1.3 million illegal weapons have been smuggled into Ghana with these weapons in the hands of vigilante groups and armed individuals.

In a community called Nima in Ghana’s capital Accra, a member of one of such vigilante groups who wanted to be referred to as Mohammed revealed to Africa Feeds that getting rid of them will be difficult.

What do these groups do?

According to Mohammed what he and his colleagues do on a daily basis is crucial for the survival of the political parties they are affiliated to.

“I will say the group has done a lot to the party. For example we organize rallies we also go to churches and mosques to pray for the success of the party.

We also monitor ballot boxes with vigilant and keen observation and many more just to make sure that the party comes to power,” Mohammed said.

Ghana has over 40 vigilante groups largely dominated by those affiliated to political parties.

Often times these vigilante groups go beyond their claim of protecting the ballot boxes during elections to unleashing violence on political opponents.

Deaths have been recorded in various election years due to the activities of these groupings. It has sparked anger among citizens.

Some of these vigilantes have even gone further in storming court rooms to attack judges.

Ghana’s President, Nana Akufo Addo is worried about the emerging trend and the potential threat.  He recently urged the top political parties in the country to help disband such the vigilantes affiliated to them.

Mohammed told Africa Feeds that he and his colleagues would only accept to be disbanded “If the members of the group, found themselves employed or engaged, in a business that can changed their lives. If they engage me or engage all my members, in a life changing activity. If nothing at all is given to us, we would not be happy.”

There is a high rate of unemployment among Ghanaian youth and those supporting political parties see this as an avenue to get engaged and make a living.

But they are yet to agree on any modality to resolve the threats posed by them.

Ghana’s parliament is already considering a new legislation to deal with people who form and join political vigilante groups. Ultimate punishment is jail term of over 10 years.

The ministry of parliamentary affairs has been holding public dialogues to engage the citizens on these new laws. The ministry believes the new laws are important in dealing with the issue.

“Curbing it is not an option. It must be eradicated completely”, Mensah said.

But an opposition politician, Hassan Ayariga said the only way to disband these groups is to treat their activities as crimes. He wants the police empowered to deal with them.

“Crime is crime and it is punishable. If you think that dissolving vigilantism or vigilantes will end the issue of vigilantism then I bet to differ with you.

There are campaigns ongoing to put pressure on the government to disband political party vigilantes before the 2020 general election.

Mohammed said disbandment without a dialogue with his group and similar ones will be counterproductive.

“For those who think such groups are not important, I don’t blame them because they also have their own point of view, but causing trouble is not the best way to go. Even if they want the group to be disbanded, it’s just a matter of dialogue,” he said.

There is no signal these groups will be disbanded immediately and the police appear helpless as well.

Official figures in Ghana show that some 400 private groups in the country employ around 450,000 people. But the country has a police force of only 33,000 officers.

A commission recently conducted an investigation into the actions of these groups. A report has been submitted to Ghana’s president for action.

Worried citizens are hoping the worst doesn’t happen ahead of next year’s general elections.