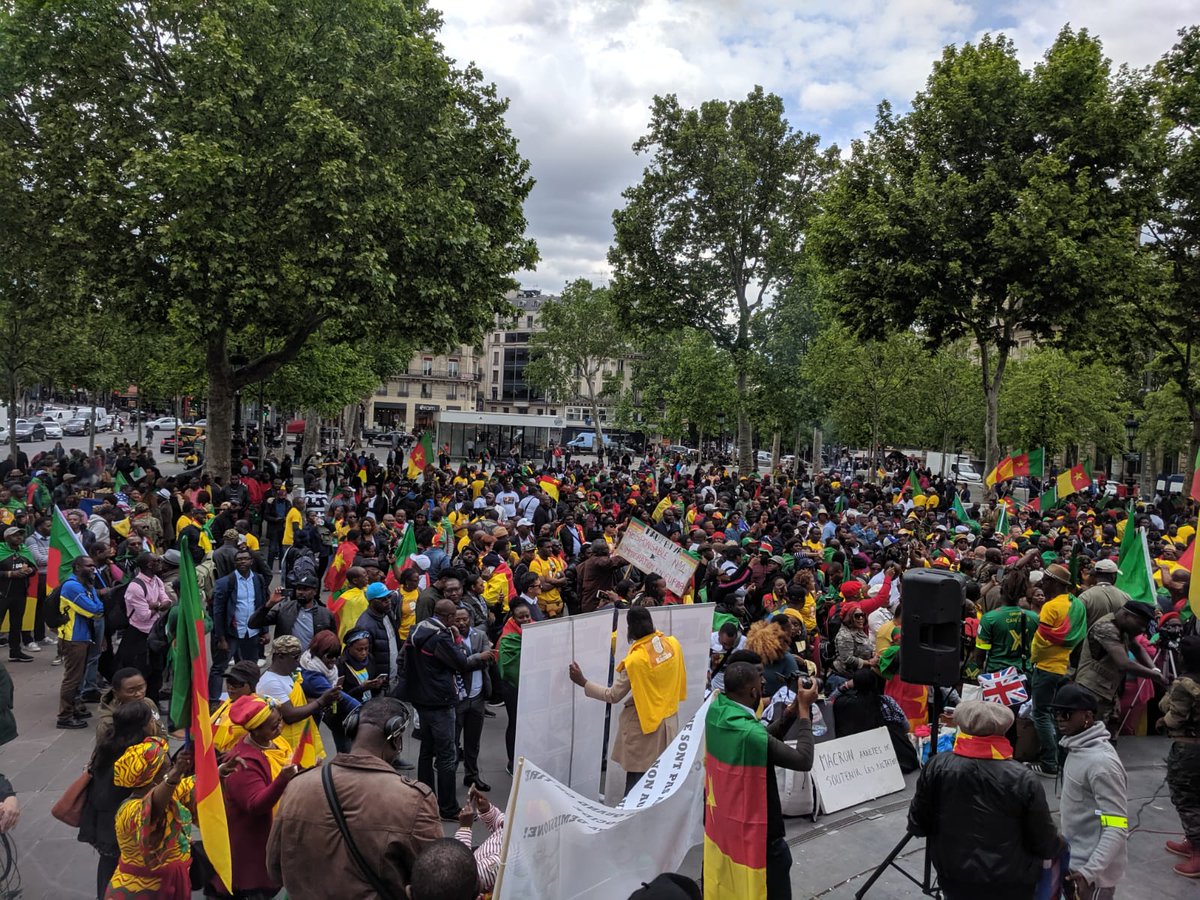 Hundreds of Cameroonians have held a huge protest in the diaspora and demanded for the resignation of President Paul Biya.

The anti-Biya protest held in Paris, France is adding up to a mounting pressure on the Biya regime.

Anglophone Cameroon has been in turmoil for years now following security crackdown on separatists attempting to declare an independent state.

Camerooneans in English speaking regions say the French-dominated speaking country has discriminated against them for years.

Mr. Biya had pledged to uphold the “integrity” and “unity” of his country. But he appears to be coming under intense pressure over some human rights abuses.

Hundreds of supporters and sympathisers of the Cameroon Renaissance Movement Party gathered in Paris, France to call for Biya’s resignation. pic.twitter.com/QJ48n2aMJE

President Biya is however poised to extend his extend his 36-year rule, cementing his place among Africa’s longest serving leaders.

He will end his tenure at the age of 92. Biya came into power in 1982 when his predecessor then retired.