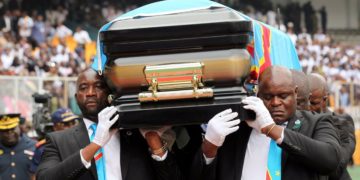 The body of the veteran opposition leader, Etienne Tshisekedi was brought home last month for burial, two years after he died in Brussels aged 84. 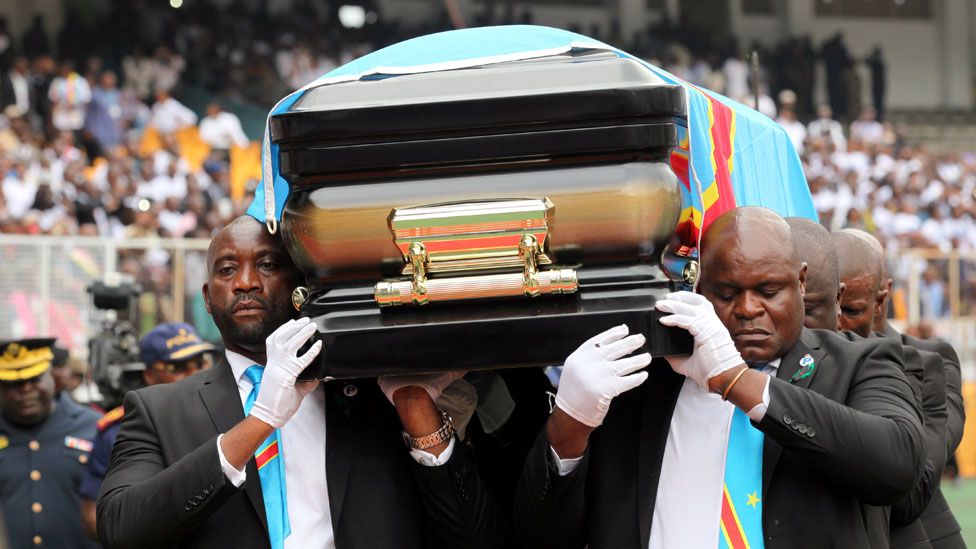 Etienne died at the age of 84. Photo: Reuters

Veteran politician, Etienne Tshisekedi died in 2017 in Belgium but his body was not allowed back to home for burial.

Former President Joseph Kabila prevented his body from being brought to the Congo.

But last year his son, Félix became president and that opened the door for Etienne’s remains to be flown back home.

Thousands of his supporters and other wellwishers gathered to pay their respects. They consider the return of his body back home significant.

A religious service, a public display of the closed casket and a rally were held on Friday.

That was followed by a state funeral on Saturday in the town of Nsele, east of Kinshasa.

The funeral mass was led by Archbishop of Kinshasa Fridolin Ambongo at a gathering that was graced by some African leaders.

The late Tshisekedi stood up to Mobutu Sese Seko, who ruled then Zaire, for more than three decades before Mobutu was overthrown by Rwanda, Uganda and other forces.

He was also the main civilian opponent of Laurent Kabila, who took power in 1997. He remain an opponent to his son, President Joseph Kabila, who ruled between since 2001 and 2018.

Tshisekedi was set to take the top post in a transitional council agreed in December 2016 under a deal to pave the way for Kabila to leave power in 2017.

He boycotted elections in 2006, alleging vote fraud but lost in a 2011 race which was also characterized by allegations of widespread voting irregularities.