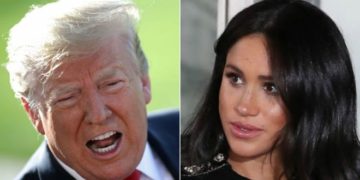 The American president moments after his remarks were published denied saying so despite the comments being recorded on tape. 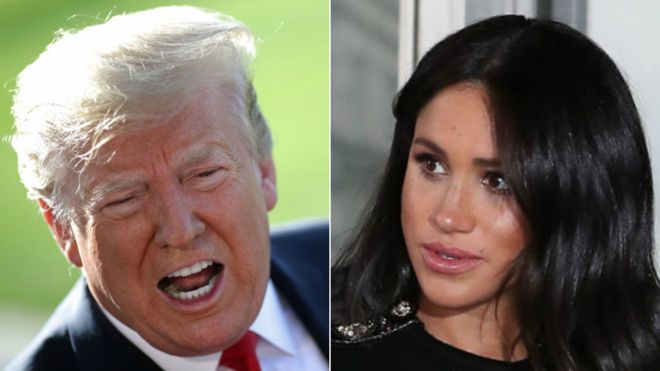 US President Donald Trump in an interview with the UK’s Sun newspaper referred to the Duchess of Sussex, Meghan Markle as “nasty”.

But the American president moments after his remarks were published has denied saying so despite the comments being recorded on tape.

Markle did not support Trump during the 2016 presidential race. She supported his Democratic challenger, Hillary Clinton and referred to Trump as “divisive” and a “misogynist”.

Mr Trump told the Sun newspaper in an interview ahead of his state visit to the UK that “I didn’t know that. What can I say? I didn’t know that she was nasty,” referring to Markle’s comment about him.

Trump however said he was glad Markle joined the royal family and would make a “very good” princess.

“It is nice, and I am sure she will do excellently,” he said.

When the Sun published Mr. Trump’s comment which was on audio tape, Mr. Trump denied saying so.

On Twitter, Mr. Trump said “I never called Meghan Markle ‘nasty’. Made up by the Fake News Media, and they got caught cold!”

I never called Meghan Markle “nasty.” Made up by the Fake News Media, and they got caught cold! Will @CNN, @nytimes and others apologize? Doubt it!

US President Donald Trump and First Lady Melania Trump will be making a state visit to the UK from 3 to 5 June.

Markle who got married to Britain’s Prince Harry, gave birth in May. That was the couple’s first child. She is on maternity leave and will not meet President Trump during his visit.