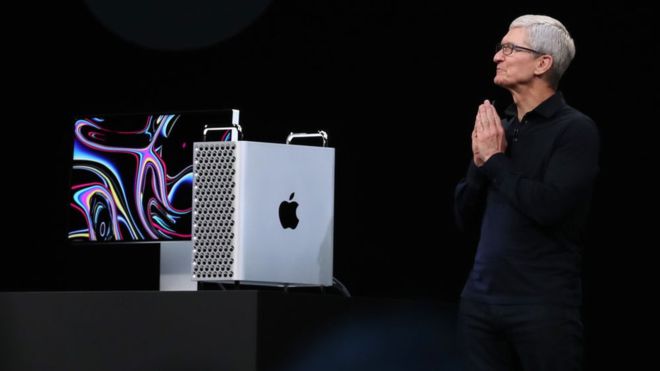 Apple has announced that iTunes is to be replaced by Apple Music, Apple Podcasts and Apple TV.

There had been speculation that the tech giant was planning to shutter the music service it launched in 2001.

The firm also revealed a number of new privacy measures at its annual developer conference in San Jose.

A new sign-in will be an alternative to logging into apps using social media accounts, hiding the user’s email address and data.

The car Tupac was shot in being auctioned for $1.75 million

The announcements were made at the WWDC conference, where the tech giant outlines its software plans for the months ahead.

He said that there will be an option for apps which request location information to have to ask every time they require it, and they will be blocked from using other markers, such as identifying Wi-Fi or Bluetooth signals.

Apple is also launching a sign-in-with-Apple login, as an alternative to logging in to a service using a social media account.

Using this login, users can choose to hide their email address, with Apple creating a random alternative address which will forward to the real mailbox.

“The unveiling of ‘Sign-in With Apple’ will concern rivals, particularly the web giants,” commented Ben Wood from CCS Insight.

“Existing sign-in services provide a simple means for single sign-in across the web. Privacy is the differentiator that will be heavily emphasised versus Facebook and Google, and represents a great marketing tool for Apple’s broader privacy stance.”

The next iteration of the iPhone’s operating system – iOS 13 – includes a range of changes to its interface, as well as new functions.

The new Dark Mode enables iPhone apps to be viewed with a black background, while the Apple Maps app will come with a virtual tour experience similar to Google’s Street View.

Other key features include the option to silence unknown callers and block senders within the Mail app, improved search in messages, and optimised battery charging.

Apple has also made improvements to its language keyboards, including the introduction of new bilingual keyboards and typing predictions for Arabic, Hindi, Thai, Cantonese, Vietnamese and the 22 official Indian languages.