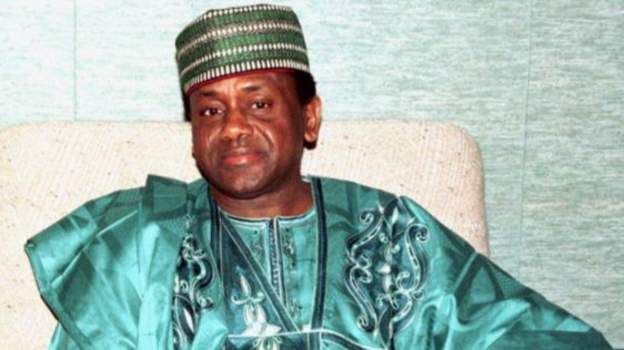 The money was paid into the Jersey Civil Asset Recovery Fund on May 31, 2019 and is to be split between Jersey, the United States and Nigeria.

Gen Sani Abacha was regarded as one of Nigeria's most brutal and corrupt rulers. Photo: AFP

A court in Jersey has seized more than $267m belonging to former Nigerian dictator, Sani Abacha which was laundered into a bank account.

The money was paid into the Jersey Civil Asset Recovery Fund on May 31, 2019 and is to be split between Jersey, the United States and Nigeria.

According to Jersey’s Civil Asset Recovery Fund, a “US Federal Court in Washington DC had previously found that the money” was derived from corruption in Nigeria during the military regime of General Sani Abacha.

The money held by a shell company called Doraville was not accessible in 2014.

But after a five-year legal battle, the money has now been recovered and paid into the Jersey Civil Asset Recovery Fund.

Jersey’s Attorney General Robert MacRae QC said after the release of the funds that “In restraining the funds at the request of the United States of America, through whose banking system the funds were laundered before arriving here, and in achieving the payment of the bulk of the funds into the Civil Asset Recovery Fund, Jersey has once again demonstrated its commitment to tackling international financial crime and money laundering.”

Mr. Abacha who was in power from 1993 until his death in 1998 was known for laundering state funds to foreign countries.

Abacha has been accused by Transparency International, of looting public funds to the tune of $5 billion during his tenure.

In 2017 the government of Switzerland also announced that it will be returning to the Nigerian government about $321 million from the seizure of assets from Abacha’s family.

The Swiss government said the decision to return the said stolen state fund was as a result of a deal signed with the World Bank as well as with the Nigerian government.

In 2014, the Nigerian government and the family of Abacha reached an agreement for the return of the funds.