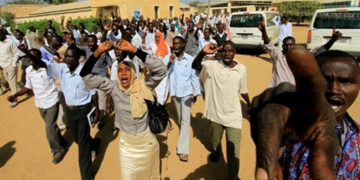 Since the exit of Mr. Bashir who is currently in a maximum security prison, the political crisis in Sudan has further escalated. 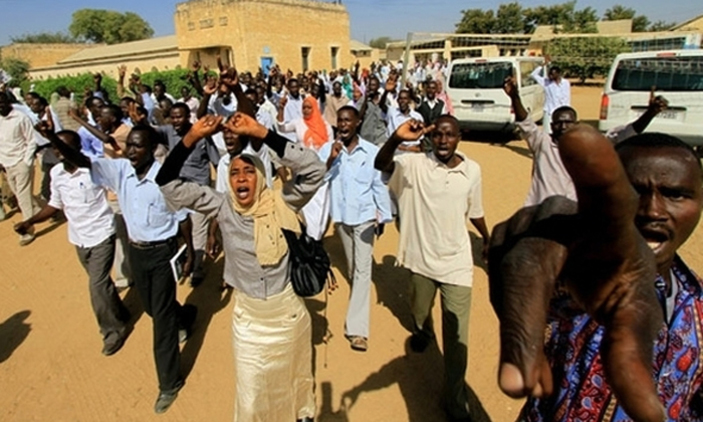 Sudan for most parts of this year has been in turmoil leading to the overthrow of former leader, Omar al-Bashir in April.

That was triggered by protests from ordinary Sudanese who were demanding for a change in the country’s political structure.

But since the exit of Mr. Bashir who is currently in a maximum security prison, the political crisis has further escalated.

After continued protests, soldiers moved in on protesters this week shooting into them.

The subsequent deployment of powerful paramilitary forces on the streets of Sudan’s major cities resulted in further attacks on civilians.

On Wednesday it was revealed that hundreds of bodies were pulled from the River Nile in Khartoum as a result of the crackdown.

Over hundred people are now confirmed dead from the violence. But some shocking revelations have been made by some victims.

Footage filmed by security forces during break up of peaceful protest at the General Command sit-in on Buri Rd in #Khartoum. Video geolocated to here: https://t.co/AOttholj9F H/T to @_AbdoodbA_ for 📹
#اعتصام_القياده_العامه #تسقط_بس #مجزرة_القيادة_العامة #SudanUprising pic.twitter.com/89ng4bD5MA

Some women told the BBC that after being arrested by Sudan’s Rapid Support Forces (RSF), they were beaten and threatened with execution.

Some were told to run for their lives and then fire was opened on them by soldiers.

Other victims of the brutality were forced to drink sewage water and were urinated on.

On Thursday the African Union announced it’s decision to suspend Sudan’s membership due to ongoing political crisis amid violence.

The Union in a statement on it’s twitter account said “The #AU Peace and Security Council has with immediate effect suspended the participation of the Republic of #Sudan in all #AUactivities until the effective establishment of a Civilian-led Transitional Authority, as the only way to allow the Sudan to exit from the current crisis”.

The #AU Peace and Security Council has with immediate effect suspended the participation of the Republic of #Sudan in all #AU activities until the effective establishment of a Civilian-led Transitional Authority, as the only way to allow the Sudan to exit from the current crisis pic.twitter.com/ioBlnfnxcl

The continental body earlier warned Sudan of sanctions if it did not return to a civilian rule. A sixty day ultimatum was given after Omar al-Bashir was toppled in a military coup in April.

The Transitional Military Council (TMC) which is currently governing the country after the overthrow of former leader, Omar al-Bashir has denied deliberately targeting civilians in the operation.