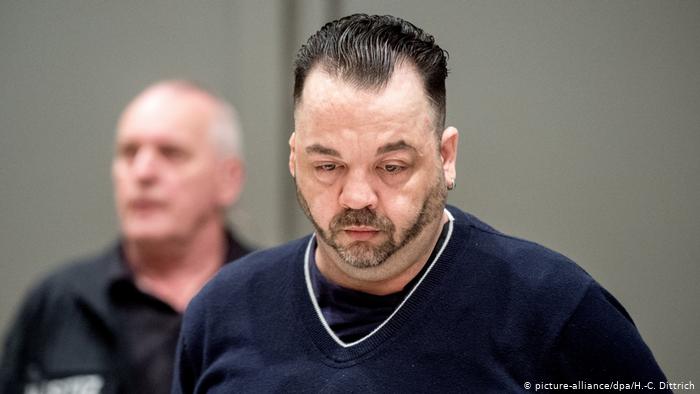 Former nurse Niels Högel has been sentenced to life imprisonment for the murder of 85 more people while on duty in German hospitals until 2005. He is Germany's worst peacetime serial killer.

Serial killer and former nurse Niels Högel was sentenced Thursday to life in prison for the murder of 85 patients.

“Your guilt is unimaginable,” Judge Sebastian Bührmann told the convicted man. “The human mind struggles to take in the sheer scale of these crimes.”

“I feel like an accountant of death,” the judge remarked. “Sometimes the worst fantasy is not enough to describe the truth.”

Högel was originally accused of having murdered 100 patients while on duty as a nurse from June 1999 until 2005. The victims, people of all ages and backgrounds, some in bad health and others on the mend, had trusted the medical centers in Lower Saxony where Högel worked with their lives.

The court in Oldenburg handed down Germany’s most severe form of a life sentence which precludes the chance of an early release after serving 15 years. A prisoner sentenced to life imprisonment can usually apply for parole after 15 years, but if the court judges there is a “severe gravity of guilt,” as it did in Högel’s case, parole can be delayed for a non-specified period beyond that time.

During closing arguments at the district court in Oldenburg on Wednesday, Högel addressed friends and relatives of his victims.

“I would like to sincerely apologize to every single individual for all that I have subjected them to over the years,” the 42-year-old Högel told the court.

While working at a clinic in Oldenburg and a hospital in Delmenhorst, Högel deliberately induced cardiac arrest in patients by injecting them with certain drugs. He then resuscitated them to win everyone’s admiration. But many of Högel’s stunts went awry, and patients died.

A former colleague told the mass-circulation German newspaper Bild that Högel “always pushed everyone else aside” when resuscitating patients. The man, also a former nurse, said less-experienced doctors even expressed their appreciation that Högel was around. The killer’s unsuspecting colleagues nicknamed him “resuscitation Rambo.”

Högel’s killing spree came to light in June 2005, when fellow nurses at the Delmenhorst hospital caught him manipulating a patient’s syringe driver.

Initially, Högel was accused of manslaughter. Then, in a subsequent trial, he was accused of three murders. And, as evidence began piling up, it became clear that Högel was most likely involved in numerous deaths.

In court, Högel admitted to the crimes for which there was sufficient evidence to convict and cultivated his image as a cooperative defendant. In 2015, he was sentenced to life in prison.

Subsequent investigations and postmortem examinations found that Högel might not have been telling the truth. The corpses of many other possible victims could not be forensically analyzed as they had already been cremated.

Högel said he did not recall what happened to those patients. “I do not remember, but I cannot rule anything out,” Högel said when asked about the various people he has been accused of murdering, according to the German daily Süddeutsche Zeitung.

The defendant spoke as if he were commenting on something altogether banal. Högel showed neither “sympathy nor remorse,” the newspaper reported.

He denied involvement in the deaths of five people.

Högel is reported to have had a happy childhood and to have later led a structured life, offering no clues as to why he committed dozens of murders.

It’s possible that “he could no longer bear seeing gravely ill or dying patients and then took matters into his own hands,” Karl Beine, head physician at St. Marien-Hospital Hamm and professor of psychiatry at Witten/Herdecke University, told DW. For 25 years, Beine has been researching the phenomenon of medical staff who murder patients.

Högel likely knowingly instigated medical emergencies so that he could then “shine by successfully resuscitating” the patients, Beine said. This, he added, would indicate that Högel “is an extremely narcissistic person who depended on external recognition to boost his weak ego.”

Beine described Högel as someone who had become desensitized and no longer had empathy. He said Högel “to this day has not fully understood the incredible pain he caused the victims’ families.” The doctor added: “One will never learn his exact motives.”

Högel’s murder spree means that other hospital workers will also have to go to court. Investigators will need to determine how it was possible that Högel could kill so many patients and why there were no security measures in place to prevent this from happening.

The nurse had been moved out of the intensive care unit after initial suspicions arose, but he was nevertheless handed a certificate testifying to his excellent work, which he then used to find employment at a different hospital. There, he might have murdered 60 more patients.

“Early warning signs and evidence that something was up were not registered,” Beine said, or they were “ignored or even hushed up.” That, he added, points to much more than just a failure or lack of hospital security measures. Instead, he said, “hospitals prioritized their own interests over the interests of their patients.”

Gaby Lübben is one of several lawyers representing the victims’ families. In May, she showed the courtroom pictures of the murdered patients and spoke about their lives. Then, she addressed the defendant. “I hope that you, Mr. Högel, will never forget these images,” she said, adding that a just verdict would see him “grow old behind a locked door, tormented by the spirits of the deceased.”