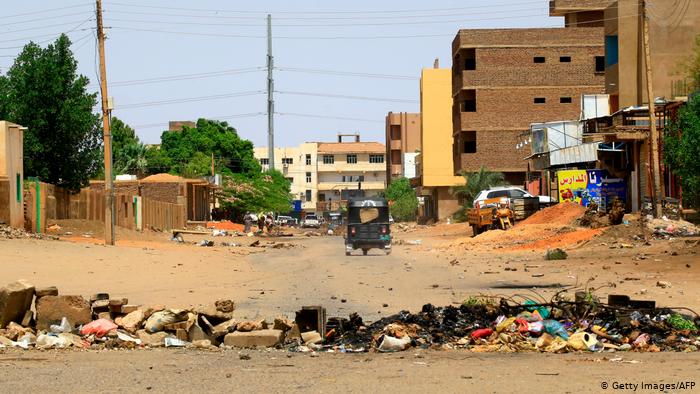 Termed 'civil disobedience' the protesters are hoping a major strike should make it difficult for the military to govern Sudan.

Many streets in Khartoum are largely empty.

The crackdown on the protesters in Khartoum came on the first day of a major strike that has been called for by leaders of the protesters.

Termed ‘civil disobedience’ the protesters are hoping a major strike should make it difficult for the military to govern Sudan.

Last week a similar crackdown from the security forces led to hundreds of deaths.

Earlier on Sunday, soldiers a number of bank, airport and electricity workers in an attempt to frustrate the intended strike.

Some other workers’ groups have also claimed of threats from the military council ahead of the general strike against the military regime.

On Saturday there were reports of some opposition leaders being arrested by the military after meeting the Ethiopian Prime Minister Abiy Ahmed.

The Ethiopian leader was seen meeting leaders of the military council on Friday but opposition leaders who met him have been arrested.

Aides of two prominent rebels and an opposition leader have told the media that their bosses were arrested by security forces.