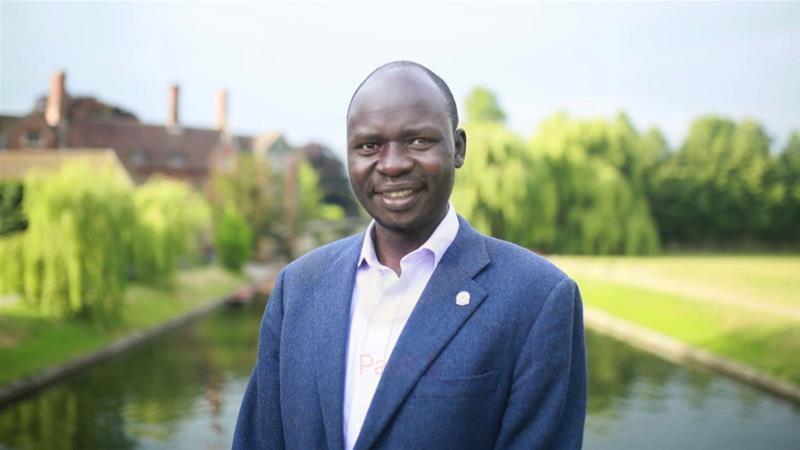 The former child refugee who returned to his native county as an academic was jailed for two years on Tuesday by a court.

A prominent economists in South Sudan, Peter Biar Ajak has been jailed for granting a media interview.

The former child refugee who returned to his native county as an academic was jailed for two years on Tuesday by a court.

He was charged with disturbing the peace of South Sudan after giving interviews to foreign media when earlier treason charges against him were dropped.

First arrested in July, 2018 Biar charged with treason but a court dismissed the charges in April this year.

The Harvard and Cambridge educated economist has also worked at the World Bank.

He became South Sudan country director for the International Growth Centre, part of the London School of Economics.

Biar had been a major critic of President Salva Kiir and rebel leader Riek Machar urging them to end the deadly civil war.

Reuters quotes Biar’s lawyer as saying that his team will appeal the conviction for inciting public violence through speech.

His lawyer said “The decision itself is in conflict with the constitution especially freedom of expression. Peter Biar has been convicted for speaking to VOA (Voice of America) Radio.”

South Sudan since its independence from Sudan in 2011 has not enjoyed peace with decades of fighting yet to end.

A peace deal between President Kiir and rebel leader Machar is yet to materialize.

The formation of a unity government on May 12 has not happened further delaying agreement to end the civil war.