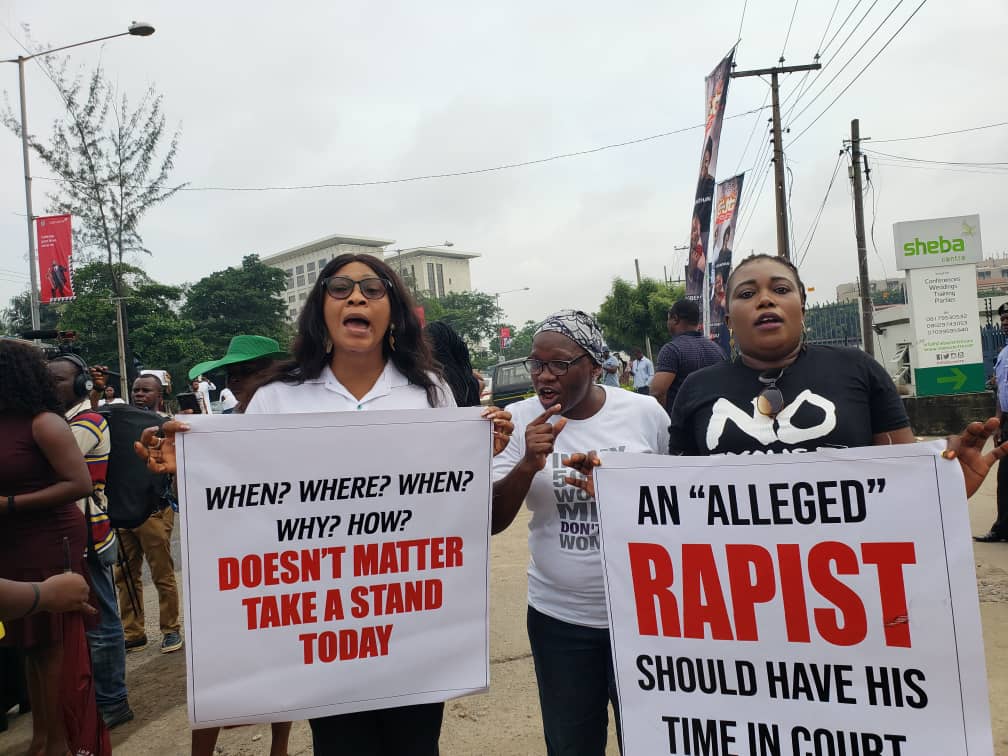 The protesters were demonstrating following rape allegations against the Founder and Global Senior Pastor of the Commonwealth of Zion Assembly, Biodun Fatoyinbo.

Nigerians on Sunday held a major protest in the capital Abuja as they agitate over the culture of rape and sexual abuse.

The protesters were demonstrating following rape allegations against the Founder and Global Senior Pastor of the Commonwealth of Zion Assembly, Biodun Fatoyinbo.

The popular pastor is accused of raping and sexually assaulting women including Busola Dakolo, photographer and wife of inspirational singer, Timi Dakolo.

On Friday Busola Dakolo accused Fatoyinbo of rape. She claimed the pastor raped her at Ilorin, several years ago, when she was a minor.

But Pastor Omodele Fatoyinbo, wife of Fatoyinbo, on Sunday in church said her husband is not a rapist.

Mrs. Fatoyinbo said “My husband is not a rapist. Even if he was not a believer, he would not be a rapist.”

Denial and call for action

Pastor Fatoyinbo has denied the allegation but there are calls for his arrest.

Some have even called for him to resign his position as more women come forward with similar claims.

On Sunday protesters converged at a filling station at Guzape chanting and showcasing placards that read ‘We are watching you,’ ‘Your Pastor is not your God,’ ‘Thou shall not rape’ and ‘No to sexual abuse in my church’ among others with the hashtag ‘#ChurchToo.’

Protesters include one of the leaders of the Bring Back Our Girls movement, Aisha Yesufu.

Security officials are reported to have prevented protesters from converging at the Commonwealth of Zion Assembly church premises.

In recent years there has been a huge public campaign against rape and sexual violence.

Some victims of such acts are now speaking out about their past ordeals.