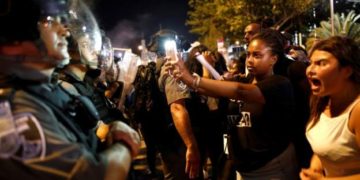 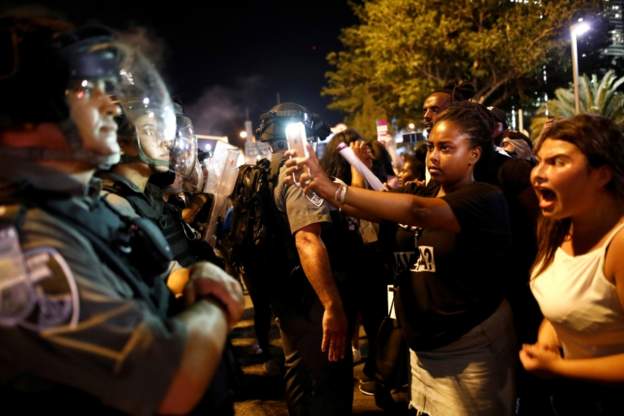 Israel police have arrested some 136 Ethiopian Isrealis who clashed with police officers during protests over the killing of a teenager.

The teenager who is of Ethiopian descent was shot dead on Sunday by a policeman who was off-duty.

The protesters blocked some of the country’s main highways and demanded justice. They allege of marginalisation and victimisation.

The protests and subsequent clashes led to forty-seven police officers sustaining injuries, according to the police.

A protester told the AFP that “We’ll do whatever we can to make sure police will stop killing people because of their skin colour.”

“We don’t know if this is going to happen again or not,” he said of Sunday’s killing.

Prime Minister Benjamin Netanyahu has appealed to the protesters to clam down and avoid violence.

He however expressed sympathy over the death of the Ethiopian descent who was killed.

Meanwhile police say the officer accused of the killing Solomon Tekah, 18, has been detained on suspicion of manslaughter.

The young man, Solomon Tekah who was killed has since been buried.  The Jerusalem Post report of how devastating his father was.

Solomon’s father, Varkah Tekah was quoted as saying that “We want to request forgiveness from Solomon,” he said tearfully.

“We weren’t there to defend him when the police killed him.  “We didn’t come to Israel for our children to be murdered.

We will not pay the expensive price of our children dying young. Why are we burying a child?

“This man is a murderer,” said Tekah’s father of the officer who killed him. “How did he kill my son in cold blood? He was a child,” Varkah said.

There are many Ethiopian descents residing in Israel and citizenship status.

Tunisian man blows himself up after police chase