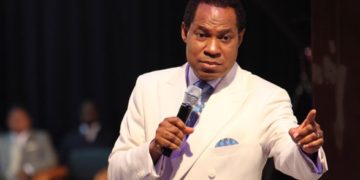 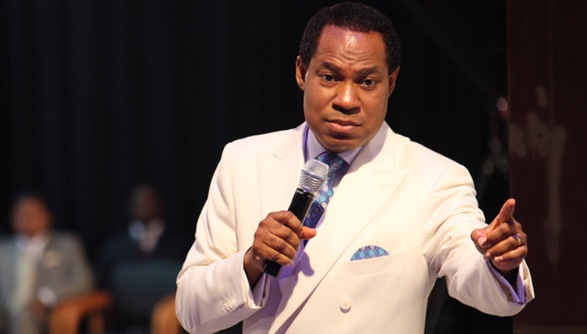 Nigerians are debating about marriage and the role of couples on various social media platforms.

The debate has been sparked by a message delivered by one of the country’s popular preachers, Pastor Chris Oyakhilome.

A viral video of the preacher is circulating all over social media in which he is heard talking about the role of husbands and wives.

Pastor Chris told a gathering at one of his teaching sessions that “husband in a marriage does not mean the male partner in a marriage.”

Africa’s richest man is still searching for a wife

“Husband means master” he said urging the audience to appreciate the role of men in a marriage.

He adds that “Marriage in Christianity for most people is just a flop. Why? Because they don’t agree with God’s definition, they have theirs. They believe they are equal partners”.

A man love the one he serves and the one that serves him, but he fight the one that’s equal with him.
“Pastor Chris” pic.twitter.com/d7eItRWKGa

The preacher’s message appears to be targeting feminists demanding equal roles in marriage.

Pastor Chris said that most women were not told the role of a man in marriage hence their quest to seek equal roles and authority in marriage.

Pastor Chris Oyakhilome is very right. I dare any Christian feminist to counter his speech with Biblical reference pic.twitter.com/wG2zkiYmaK

The message from the pastor has sparked debates among social media users who have shared their opinions.

Pastor Chris Said the truth! According to the Bible ! Even Islam says so too
If you don’t believe then you are not a Christian or Muslim

The same men slating Pastor Chris now, and claiming equality for husband and wife in a marriage are the ones that would want their wives bow to them while serving meals

For the husband is head of the wife, just as Christ is the head of the church, His body, of which He is the Savior- Ephesians 5:23. The problem with radical feminist is that they want to be Christians, but they don’t want to believe the Bible. #Pastor Chris

I love Pastor Chris because he always say it as it is.
In summary, if you don’t summit to him, don’t marry him. Be your own boss, it’s allowed

But for you to want to marry him, it means you approve the kind of man he is and you consciously trust that he can lead you right

People use Religion to oppress and perpetrate evil. Pastor Chris is a sham. He could not even tidy his own family affairs.

The talk of women not being in God’s original plan makes you contradict the knowledge of the “all knowing” God. pastor chris The Bible says he knows the end from the beginning right? So you’re saying he didn’t know right from time that it’s not good for a socalled man to be alone