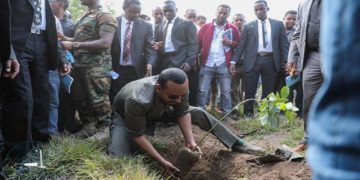 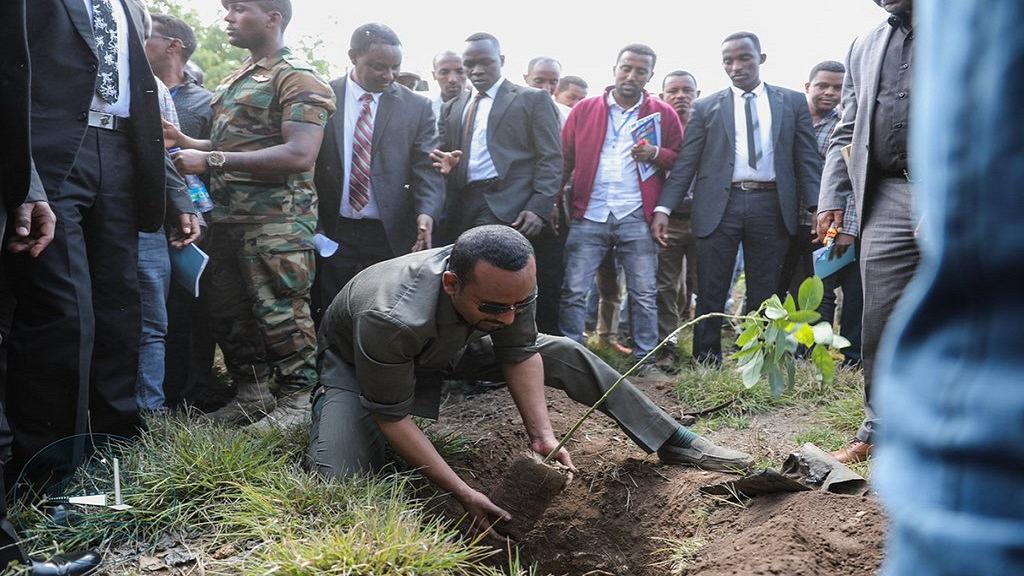 It will not only save the environment in Ethiopia, Africa’s second most populous nation but the entire planet – that’s the plan.

There is a large of rapid agriculture expansion, construction and development of new areas to cater for the 105 million populace.

Many forest reserves are under threat with estimated 70 million grazing animals.

Almost nine households in 10 in Ethiopia still relying on wood for fuel.

The tree cover in Ethiopia now is just 13% as at today and the only way out is to begin to plant new trees.

Impact of no trees

Ethiopia in recent years also witnessed droughts in parts of the country due to lack of rainfall.

The result is the death of over 2 million animals in 2017.

It is an ambitious campaign aimed at saving Ethiopia’s suffering environment, according to its leaders.

The initiative is under the banner of the National Green Development program. More planting is to happen during the rainy season.

Ethiopian Prime Minister Abiy Ahmed in May launched the project by planting himself as a symbolism.

His office said in a statement then that “Over the past years Ethiopia’s forest coverage has decreased (in recent years) and the initiative is set mobilize national reforestation at 40 trees per head.”

PM Abiy Ahmed held discussions with national agri transformation leaders in Adama city on their role & responsibilities in modernizing the sector. He called upon them to champion the National Green Dev’t Program which aims to plant 4billion trees during the rainy season. 1/2 pic.twitter.com/Beoaqw3VmW

It may be very ambitious but expectations are high that this project succeeds to save the environment in Ethiopia.

In many African countries, governments are still struggling to control the destruction of forest reserves.

There are however subtle campaigns for planting of trees but not on the large scale such as Ethiopia.