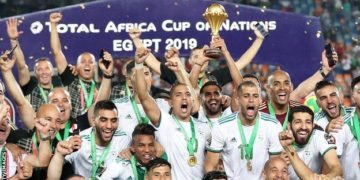 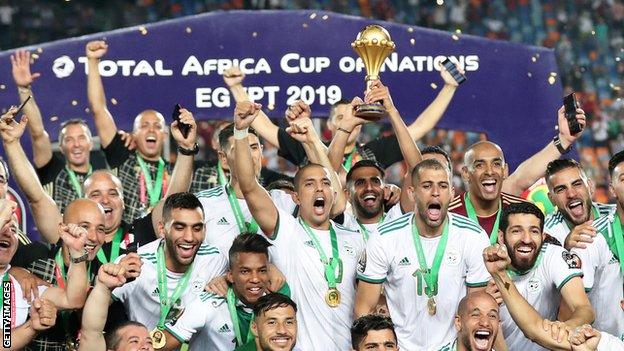 Algeria have beaten Senegal to win their second Africa Cup of Nations trophy and the first in 29 years.

Baghdad Bounedjah goal was enough for the Algerians to win the title, breaking the hearts of Senegal plyers and fans.

Bounedjah’s goal came from a shot which took a huge deflection before looping into the net.

Algeria’s only success in the competition came in 1990 but the wait continues for Senegal who have never won the AFCON title.

Senegal says 7 children did not die from covid-19 vaccine

Senegal were also making only their second appearance in the final since 2002.

Senegal players were seen collapsing on the pitch in disappointment at the final whistle.

Some were in tears. Liverpool forward Sadio Mane was in tears.

He said before the match that he would swap his Champions League winners medal for Africa Cup of Nations success.

There was however a controversy when Ismaila Sarr’s cross was blasted straight at Adlene Guedioura’s arm.

The referee Neant Alioum pointed to the spot, but quickly indicated that a VAR review was under way.

After watching the replays on the pitch-side monitor, Alioum reversed the decision.