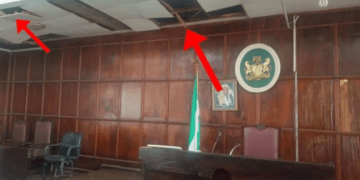 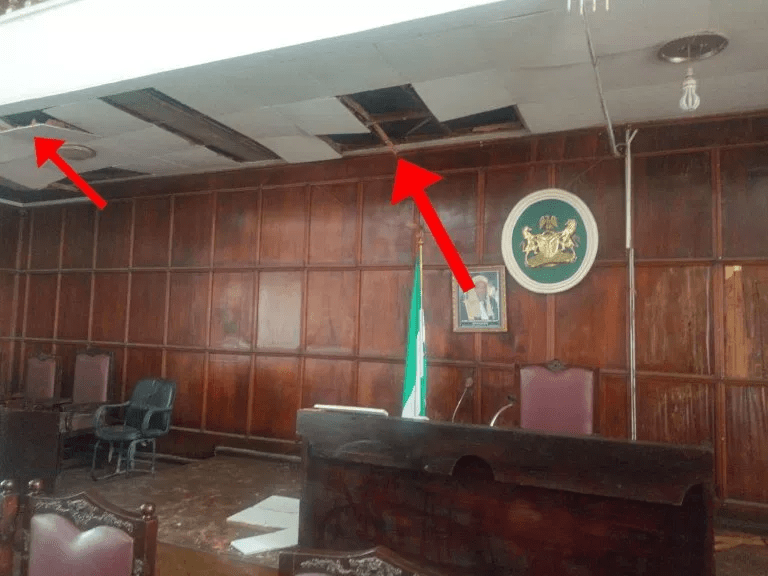 Nigerian lawmakers in the south-western state of Ondo on Thursday fled their chamber after a snake dropped from the roof of the building.

They were forced to abandoned the ongoing session for safety.

Local media Premium Times reported that members were just about to begin the business of the day when the incident occurred.

The snake is said to have dropped from a hole in the ceiling, bringing the day’s work to an abrupt end.

It was not only the legislators that fled, even spectators in the gallery had to flee.

A lawmaker told Premium Times, that the snake did not bite anyone and was “eventually killed and burnt”.

But there are reports the snake actually slithered away, unhurt.

“That chamber is no longer safe for legislative business and because of that, we decided to adjourn indefinitely. The house will be going on an indefinite recess”, lawmaker Olugbenga Omole is quoted by Premium Times.

In April this year, Liberia’s President, George Weah was forced out of his own office by snakes.

Snakes were found in the foreign affairs ministry building, where the president’s office was based.

President Weah had to stay away from his own office for a few days. The office had to be fumigated to clear the snakes and any other dangerous creature.

Burna Boy gets Africa talking about his African Giant album