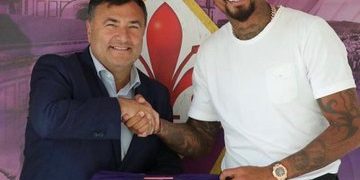 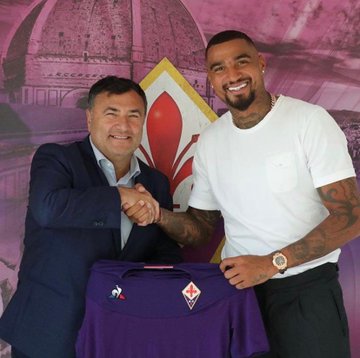 Midfielder Kevin-Prince Boateng has joined Serie A club Fiorentina from rivals Sassuolo on a permanent deal.

The Florence based club are the third Italian club for the 32-year old after Sassuolo and AC Milan, where he won Serie A title with in 2012.

“Fiorentina is delighted to announce the acquisition of Kelvin-Prince Boateng on a permanent deal from Sassuolo,” Fiorentina said in a statement on their website.

The details of the deal for the former Ghana international have not been disclosed.

Boateng spent the second part of last season on loan at Spanish side Barcelona, where he made four appearances as they won the La Liga title.

He has had also stints with other teams in Europe, including Tottenham Hotspur, Borussia Dortsmund and, Schalke 04.

At international level, he represented his country of birth Germany at youth levels before he committed his international feature to his father’s land Ghana.