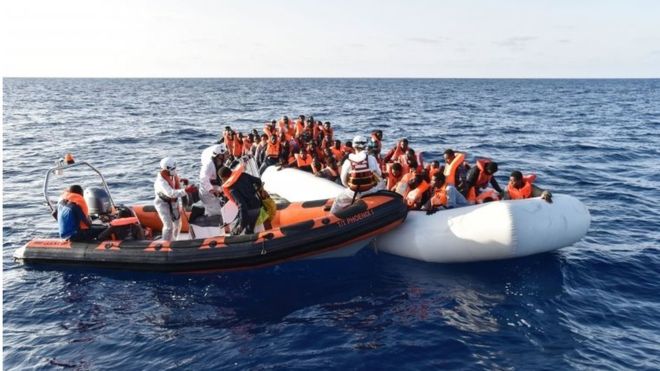 The U.N. refugee agency has said that at least 40 people are feared dead or missing after a boat disaster off the coast of Libya.

The boat was carrying migrants headed for Europe. About 60 people are reported to have been rescued.

Libyan coastguard spokesman Ayoub Qassem said on Tuesday that the bodies of five migrants had been recovered.

65 other migrants were rescued about 9 miles off the coast of the city of Khoms.

Reuters quotes Qassem as saying that three of those found dead were from Morocco, one was from Sudan and one from Somalia.

Meanwhile the UNHCR said most survivors were from Sudan, with others from Egypt, Morocco and Tunisia.

UNHCR spokesman Charlie Yaxley said in a tweet, that “Terrible news coming in of potentially large loss of life in a shipwreck off the coast of Libya.

Around 60 people have been rescued and returned to shore. At least 40 people are estimated to be dead or missing.”

These tragedies are preventable. Cannot accept large loss of life each month as normal

NGOs should be free to save lives at sea

Greater efforts to give people hope so they don’t risk these journeys in the 1st place https://t.co/d8j7xlHeK3

North Africa continues to be a key route for young Africans wishing to get to Europe for greener pastures.

They often risk their lives crossing the Mediterranean sea in boats that usually sink.

Thousands of people die every year in the central Mediterranean and efforts to prevent more deaths have been unproductive.