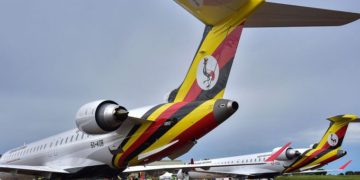 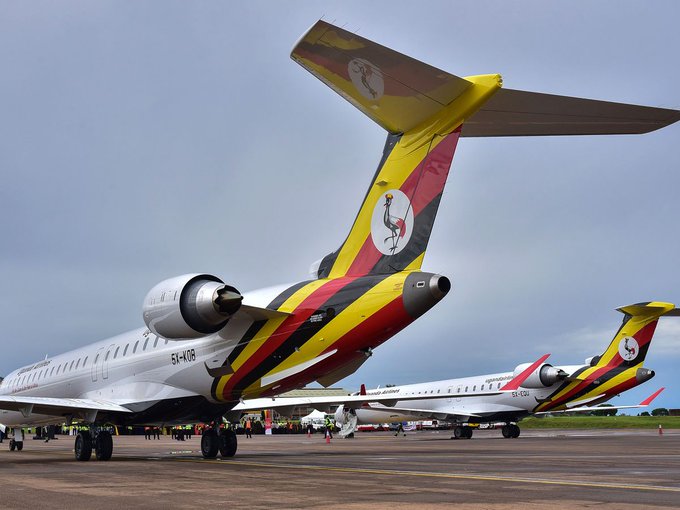 Some of the jets belonging to the airlines. Photographer: Nicholas Bamulanzeki/AFP via Getty Images

Uganda’s national carrier has been revived with the airline making a trip to Kenya for the first time in two decades.

Uganda Airlines was first founded in 1976 and but was grounded in 2001 due to financial challenges, corruption and asset-stripping.

On Tuesday the airline started commercial operations and has plans to fly to major cities in Kenya, Tanzania, South Sudan and Somalia.

Cornwell Muleya, a technical adviser at the carrier told Bloomberg that the nation took delivery of two of four Bombardier jets in April.

Other jets for the smooth operation of the airline are expected later this year.

The country will take delivery of first of two long-haul Airbus jets in December 2020 and the second in the following month.

The first flight had passengers mainly government officials and journalists.

On Wednesday the first commercial flight will take off from Uganda’s Entebbe International Airport.

Tanzania to send back 200,000 Burundian refugees