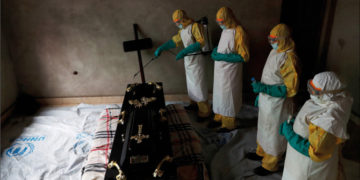 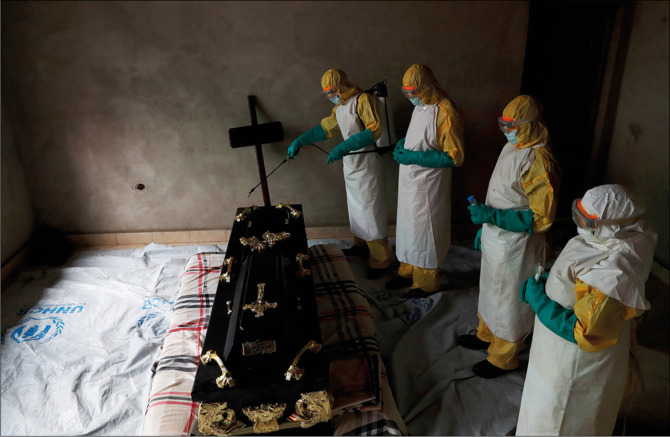 Many deaths have been recorded from the outbreak. Photo: Goran Tomasevic/Reuters

Officials in the Democratic Republic of Congo say the country’s year-long Ebola outbreak has led to the death of at least 2,000.

According to government data published on Friday, the number of confirmed and probable cases has also hit a milestone of more than 3,000.

The government data showed Ebola deaths reaching 2,006 and cases at 3,004.

An effective vaccine and treatment process has been ongoing but health workers have struggled to control the spread of the disease.

There are challenges especially in remote and conflict-hit areas of eastern Congo, where many locals are wary of the response effort.

This definition refers to a situation that is:

Meanwhile other neighboring countries like Uganda have had to put in place measures to prevent the spread of the disease across the border.

So persons who crossed from DR Congo to Uganda have been reported to have been infected by the virus and subsequently died.

Gambia's coach won't 'beg players to play' for the Scorpions

Video: Why fans opened DJ Arafat's coffin and undressed him