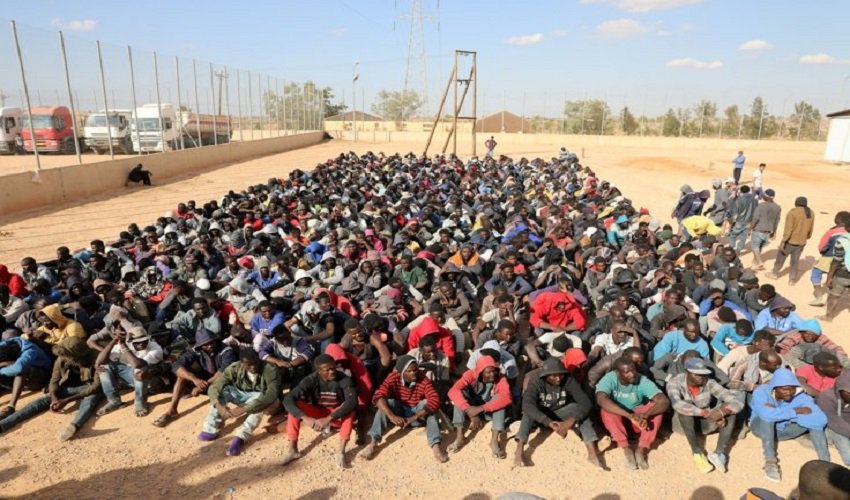 Rwanda accepts to take in African refugees held in Libya

Rwanda accepts to take in African refugees held in Libya

Hundreds of Migrants detained at a centre in Libya.

Rwanda has reached a deal with the African Union to take in African refugees being held in worsening conditions in detention centres in Libya.

These refugees mainly migrants will be evacuated to Rwanda under an agreement reached with Rwanda’s government and the African Union.

The U.N. refugee agency UNHCR said on Tuesday that a first group of 500 refugees will be evacuated in coming weeks.

Thousands sign petition for change in leadership at AU Commission

UNHCR spokesman Babar Baloch told a news briefing in Geneva that the move is “is a lifeline.”

Many migrants from Africa continue to seek for greener pastures outside the continent.

They have resorted to the north of Africa as a transit point with some risking their lives through the Mediterranean sea.

Some of these migrants are also abused by traffickers and sold into slavery.

In 2017 the African Union said it had planned to evacuate about 15,000 of the migrants but no progress was made in that regard.

Libya after the overthrow of Col Muammar Gaddafi in 2011 has been controlled by two main factions.

The political chaos there means there is no control over the movement of migrants and how they are treated.