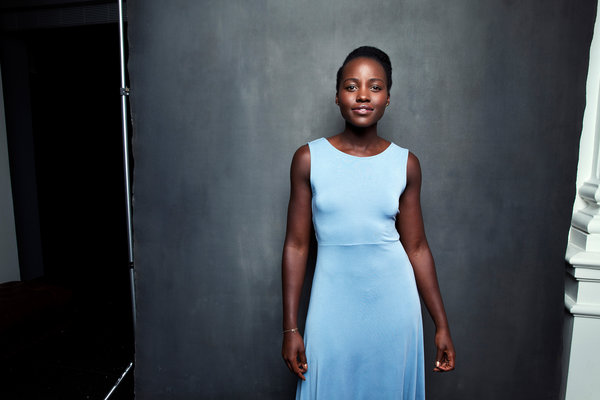 Some Nigerians have expressed anger at the choice of Kenyan actress Lupita Nyong’o as a Nigerian character in the 10-episode screen adaption of the novel Americanah.

The novel tells the story of a Nigerian woman woman who goes to the US to attend university and her subsequent return to Lagos.

On Friday WarnerMedia announced that Kenya’s Lupita will be playing a lead role.

But not everyone is happy about the role given to the Oscar award-winner Nyong’o.

Some Nigerians argued that her role would be better suited to a Nigerian who could do the Igbo local accent.

Social media users in Nigerian have been expressing their views.

But we have a whole Nigerian actress who speaks the Igbo language and has the actual accent. We LOVE Lupita, but please give @GenevieveNnaji1 this role. Thank you. pic.twitter.com/lKm06sJBGp

Lupita playing that role will suffer one thing and one thing alone..
The “Igbo” accent..

But if we can put that aside..we would all agree that she will interpret the character perfectly..

So the question is..
Na accent be problem..?

They need to stop doing this. We have fine actresses from Nigeria who can play these roles better. Lupita is good but try other people who are Nigerians. What, she’s going to be told or taught how to speak Half-baked Igbo instead of A real Nigerian? https://t.co/lo0eoPSjwL

But some social media users have defended Lupita’s selection for the role.

They need to stop doing this. We have fine actresses from Nigeria who can play these roles better. Lupita is good but try other people who are Nigerians. What, she’s going to be told or taught how to speak Half-baked Igbo instead of A real Nigerian? https://t.co/lo0eoPSjwL

One step at a time.

Hollywood is a business and Lupita will bring in the people.
Actors should play CHARACTER.

A Nigerian actress should be able to play Kenyan and vice versa.

We as Nigerians should be proud that at least our entertainment/literary industry is getting recognised.
It’s sad that non-Nigerians (or Nigerians in diaspora) are the ones investing in us since we cannot do it for ourselves.
Thus we should be supportive and stop complaining.

When lion king featured all west african artist it was no big deal?and yet everything was east african more so brand kenya,shut up feel what we felt ,go lupita do this mscheeeewww! We are the best imitators it pains hhahahahah.

Zimbabwe: Doctors on strike over the abduction of union leader