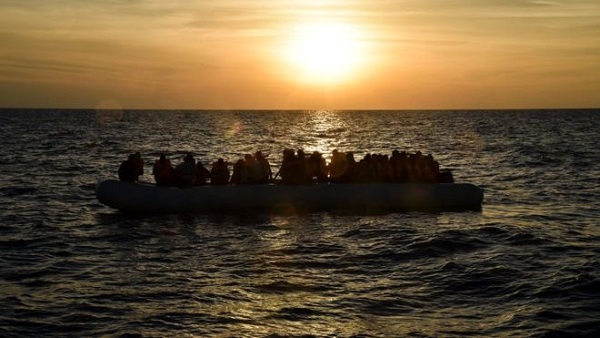 Libya: Boat with over 50 passengers capsizes off shores

Libya: Boat with over 50 passengers capsizes off shores

Many migrants are prepared to risk all to get to Europe and gulf countries. File Photo Credit: AFP

United Nations officials have said that a boat with more than 50 passengers capsized off the Libyan coast.

The exact date of the boat accident was not given but UN officials said on Saturday that “some 70 persons have disembarked back in Libya by the coast guards, after days in distress at sea.”

The UNHCR in Libya first broke the news on Saturday saying “A boat carrying over 50 persons capsized off Libyan shores.

Rescuers on their way and UNHCR and partners ready to provide medical and humanitarian assistance upon disembarkation.”

But on Sunday the UNHCR said it’s partner International Medical Corps were “at the port to provide support. 2 persons in critical condition – We stress Libya not safe port of disembarkation.”

Update on boat in distress: Some 70 persons have disembarked back in Libya by the coast guards, after days in distress at sea. UNHCR partner @IMC_Worldwide at the port to provide support. 2 persons in critical condition – We stress Libya not safe port of@disembarkation. https://t.co/YdbnxSRmWi

Libya has become a major route for African migrants to travel towards Europe. They risk their lives traveling across the Mediterranean sea.

Some of them who fail to get pass Libya are held captive in detention camps, facing treacherous treatments.

On Thursday the first batch of such African migrants stranded in Libya detention camps arrived in the Rwandan capital of Kigali.

The sixty-six migrants were part of the over 500 migrants Rwanda has agreed to take.

The migrants are relocating to Rwanda following an agreement between the Rwandan government, the UN refugee agency (UNHCR) and the African Union.