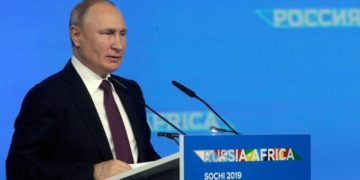 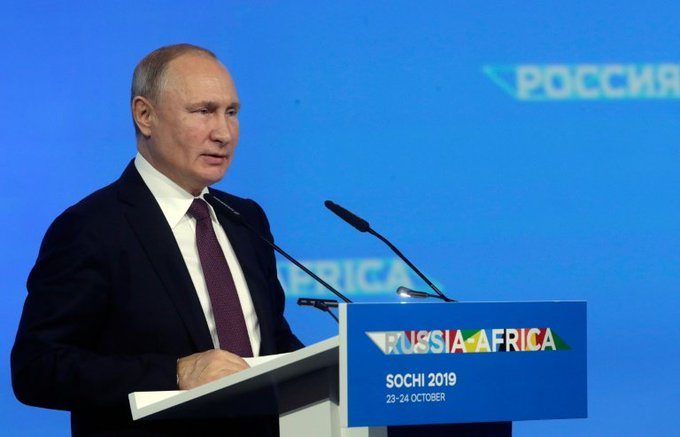 The first ever Russia-Africa summit has opened in Russian city of Sochi with Russia displaying its military prowess and what it could offer Africa.

All 54 African states have sent representation to this summit with most African leaders attending the meeting, according to Kremlin advisor Yuri Ushakov.

The two-day event is welcoming more than 3,000 delegates from across Russia and Africa to discuss various issues  from nuclear energy to mineral extraction.

Before Wednesday’s opening Russian President Vladimir Putin met with his Egyptian counterpart Abdel-Fattah el-Sissi who is also the chairman of the African Union.

“We currently export to Africa $25 billion ($22.5 billion) worth of food — which is more than we export in arms, at $15 billion. In the next four to five years I think we should be able to double this trade, at least,” Putin said.

Accuses the west of blackmail

The Russian President had also accused the West of exploiting Africa as he offers an alternative arm of help without political conditions.

“We see how an array of Western countries are resorting to pressure, intimidation and blackmail of sovereign African governments,” Putin said in an interview with TASS news agency.

Russia is hoping to sign more military cooperation agreements with some African countries at this summit.

Power-play! Russia showcasing their latest tech and artillery right at the entrance of the Sochi-Africa 2019 Summit.

In his opening remarks at the meeting Putin said “Joint projects are underway in extractive industries, agriculture, healthcare and education.”

He said trade between Russia and Africa has more than doubled in the past five years to more than $20 billion.

“I cannot agree,” he said. “In Africa there are very many potential partners with good prospects and huge growth potential. Of course, this is not enough.”

Putin said Russia would be looking to “double this trade, at least” within the next four to five years.

He adds that Russia had written off more than $20 billion of African debt.

Russia is the latest super-power hoping to deepen its presence in Africa after relations deteriorated after the fall of the soviet Union.