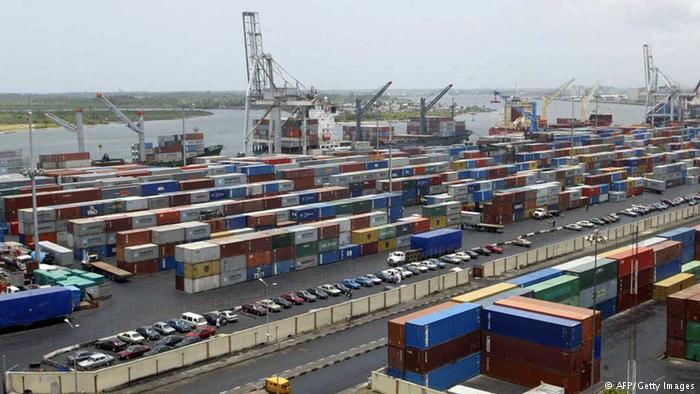 Where Intra-Africa trade fits as the world scrambles for Africa

Where Intra-Africa trade fits as the world scrambles for Africa

The just ended Russia-Africa summit in Russia’s southern coastal city of Sochi has raised some concerns about the place of intra-Africa trade in what seems to be the second coming of the Eastern Europe and North Asia Giant to the Resource rich continent.

Between October 23 and October 25, 2019, 43 Heads of State on the continent met with Russia’s President Vladmir Putin for the very first Russia-Africa Summit and Economic Forum.

The meeting, co-hosted by Egypt’s President Abdel Fattah el-Sisi touched on matters ranging from security to economy, healthcare and energy, with assurances from both sides to ensure greater collaboration for mutual benefit.

The meeting however comes at a time when the African continent moves towards the creation of a single continental market for goods and services, with free movement of business persons and investments to ultimately pave the way for the establishment of the African customs union.

The Africa Continental Free Trade Agreement (ACFTA) mooted in May 2019 has so far been signed by all countries on the continent with the exception of Eritrea which is expected to sign on in due time.

Once established, the continental area will create a market of 1.2 billion people worth $2.5 trillion, the largest in the world.

It is in this context that a senior lecturer at the University of Ghana Business School Dr. Kobby Mensah believes the decision to attend the Russia-Africa was poor.

Speaking on Starr FM’s International relations Show World Today Extra, he said “Russia is not going to contribute to the continent. At a time when the ACFTA is in the works, we are not focusing on that, we are rather being side-tracked by another summit.”

Referencing the continued border closure by Nigeria to neighbour countries which is having an impact on trade relations within the ECOWAS sub-region, Dr. Kobby Mensah further asserts “We have been saying trade amongst Africans could solve our problems, we have Nigeria closing borders and we haven’t even been able to deal with it. What are we doing about that? But we are busy travelling up and down, being summoned by other countries.”

However International relations analyst Dr. Vladmir Antwi Danso disagrees. The Centre for regional integration in Africa member says the dictates of globalization require the creation of bigger market for all to trade.

Also contributing to the show, he said “intra-Africa trade is around only 14% which is bad, that’s true. But you cannot say we should concentrate on enlarging on African trade to the detriment of outside trade because African trade will be a prelude to outside trade.”

Responding to a question about whether African leaders should have attended the Russia-Africa summit as individual nation-states and not as a union, Dr. Antwi Danso agreed that the perhaps going en bloc would have been a better option, however, the lack of an EU-like structure for the continent would make it virtually possible.

“We need to intensify our efforts through integration. All that we do in the Continental free trade area or the various regional blocs, are all efforts towards one Africa, but the main engine is trade, intra-Africa trade will force all others to treat us as one. If trade continues to hover around 14%, we will not get anywhere”

Russia’s past relationship with Africa

Historical ties between Russia and Africa date back to the era of the USSR. During the continents struggle for political independence, the then Soviet union supported a number of independence movements providing financial and military support to nationalists seeking self-rule.

However, many analysts believe with that support was in furtherance of a communist agenda and to undermine the West’s influence on the continent.

Russian national and Post-Doctoral Research Fellow at the Institute for Dispute Resolution in Africa at the University of South Africa, Dr. Eldar Salakhetdinov says past relationships point to Russia’s interest in the progress of the continent.

He also reveals that in his home country, some believe the USSR was rather at a disadvantage during pre-colonial Africa relations “In Russia, people strongly believe that during the Soviet union, Africa corporation with the soviet union, gave Africa a lot of things and the Soviet Union got nothing back, so I think it is a mutual suspicion that there will be uneven relationship but if you remember history, Russia never took advantage of Africa, the soviet union never took advantage of Africa.

Africa needs alternative partners, not just China and the West, Russia is offering a different partnership than China, Russia is interested in building a partnership relationship for mutual benefit”

Africa’s relations with other world powers

Some of the scepticism linked to Africa opening up to relations with other World powers stems from the belief that current relations with the West and China have negatively affected the continent.

No. What have we gained in this relationship? Everything has been China gaining and nothing for us.”

Despite largely agreeing with the assertion that Africa needs to look inwards for solutions, international relations analyst Michael Nketsia disagrees on the impact China has had on the Continent and by extension the contributions Russia could towards Africa’s development. “Our relationship with China hasn’t been that bad.

It’s about the individual willingness political will of individual African states to stand up to Chinese exploitation.” Making reference to recent happenings in Ghana where Chinese national Aisha Huang, was deported having been accused of engaging in illegal mining popularly called ‘galamsey’ damaging the environment and ecosystem, Mr. Nketsia noted that such actions only encourage exploitative behaviour.

Interjecting however, Dr. Kobby Mensah questioned whether there was technology transfer in China’s developmental project questioning what he says is the absence of knowledge economy accusing the East Asian powerhouse of taking the continents resources for few roads. Mr. Nketsia maintains that there is a need for a national strategy to ensure the technology is retained by local artisans.

Commonwealth group in Sri Lanka ahead of election