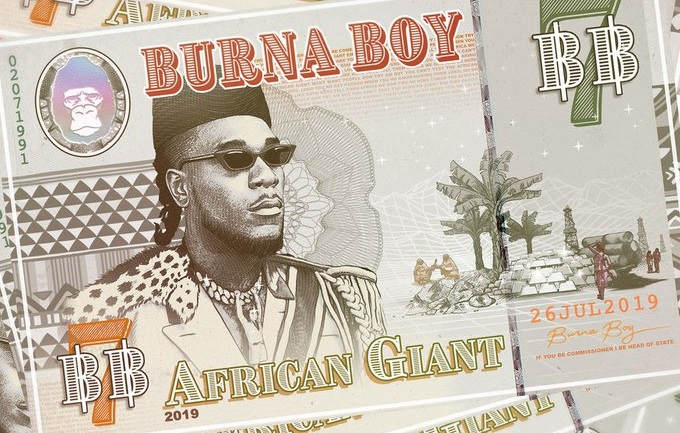 African Giant, the recently launched album of Nigerian Musician, Burna Boy has been nominated for a GRAMMY.

His album was nominated alongside four others including Angelique Kidjo’s Celia album.

The Nigerian Afrobeats star released the album in July this year.

African Giant has songs like Dangote, On the Low, Gbona and Anybody, all previously released singles.

Our African Giant has been nominated for a GRAMMY!!!!!! Congratulations to @burnaboy, his Mom and the entire team. AMAZING, and well deserved. Anything is possible with a little bit of faith and a lot of hard work. So so sooo happy for him.
?????????????? pic.twitter.com/yPdSpY7or7

It also has new songs including Gum Body, Secret, African Giant and Different – which features Damian Marley and Angelique Kidjo.

On social media Burna Boy has been congratulated by colleague musicians on this achievement.

Congrats to the African Giant @burnaboy on the Grammy nomination. Congrats on having the most amazing couple of years. The Grammy is actually just the icing on the already juicy cake. Na them for fall their hand if them no recognize greatness. ?? pic.twitter.com/0dJct5j7Gj