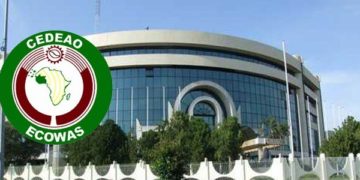 The ECOWAS Parliament has called for the reopening of Nigeria’s land border describing its closure as running contrary to ECOWAS Protocols.

For over three months, the West African giant has closed its border with Benin, Niger and Cameroon arguing that the decision is in the country’s national interest; to increase local agricultural production, curb influx or substandard goods and prevent the smuggling of weapons and other vices into the country.

But the decision has had devastating effects on neighbouring countries whose traders are counting loses as truckloads of produce remain locked up at the border.

Since Africa’s most populous nation opted to close its land borders, many have questioned its role as a leader of the ECOWAS integration as well as the seeming silence of the ECOWAS Commission on the matter.

Ghana’s President and former Presidents have both weighed in on the matter. This month, the immediate past head of State John Mahama called on the Nigerian government to allow economic activities in West Africa continue uninterrupted by re-opening its land borders.

“With the signing of the joint border task force agreement between Nigeria and her neighbours, I will like to take this opportunity to appeal to Nigeria to open up her border so that economic activities can resume” Mr. Mahama was quoted as saying by the Nigerian News Agency at an event in Nigeria’s Lagos.

Some Nigerian politicians have also questioned the effectiveness of the closure, suggesting that smuggling is not a good enough reason to shut borders.

Politician and Private legal practitioner Dr. Kayode Akule is one of such persons. “Nigeria being a member of ECOWAS is part of ECOWAS signatory and treaties. We are told the closure is due to the activities of smugglers.

I don’t see this as enough reason to have the borders closed. If the issue really has to do with the activities of smugglers then I think the laws in Nigeria must work and not to close the border necessarily,” he said.

But not all believe Nigeria’s activities flout ECOWAS protocols. Author of “Making an ECOWAS of the people a reality” Morgan ASSOGBA METONDJI says Nigeria has not flouted any specific ECOWAS Protocol by closing its borders.

He says “when you look at the ECOWAS treaty and the kind of product that are concerned when it comes to free movement of goods, Nigeria is concerned with products like rice that are massively exported through Benin.

Those products are wholly made outside the ECOWAS zone meaning that ECOWAS cannot accuse Nigeria of not respecting the treaty.”

The international relations analyst however believes that the spirit behind the treaty which is to encourage good neighbourliness and establish a common market, may have been breached by Nigeria.

On November 1, 2019, a memo issued by Nigeria’s Deputy Comptroller of Customs in charge of Enforcement, Investigation and Inspectorate, Victor Dimka, noted that though the border closure had so far been very successful, some objectives were yet to be achieved.

It was therefore revealed that President Mahamadu Buhari had in turn approved an extension of the exercise to January 31, 2020.

This news sparked further agitation across the sub region, triggering further diplomatic discussions which has resulted in the setting up of a tripartite joint committee consisting of Nigeria, Niger and Benin.

The committee consisting government and industry reps from each of the countries has met to seek ways to end the standoff and also curb smuggling activities along shared borders.

Toilet facility made from plastics in Ghana