Kenyans ‘watched helpless’ as dozens are killed by landslides

Kenyans who survived Saturday’s deadly landslides say they watched helpless as dozens of people were washed away following heavy rains.

Over 30 people, including seven children were killed by landslides caused by heavy rains in northwestern Kenya.

The rains started just before the weekend in areas like West Pokot County, causing flooding and mudslides, sweeping away bridges and cutting off communities like Muino.

One survivor told Daily Nation that “I scampered to save the lives of the rest of my family members but I couldn’t go back to the house to save the three boys aged 6, 8 and 10 years.

I fell several times as stones rained on me and I gave up on the way. I wish I could have saved my children.”

Another survivor revealed that “Four people were buried alive as I watched. A father, mother and their two children. One of the babies was rescued but it was so painful. I escaped death narrowly”.

Kenya is currently experiencing am unusual heavy rainy season, according to the Kenya Meteorological Department. 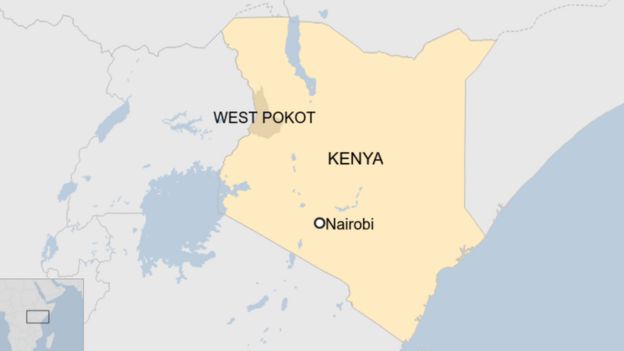 West Pokot County Commissioner Apollo Okello told Daily Nation that “So far, 15 bodies have been found and more than 20 are missing. We suspect that they are dead.”

“We are struggling to reach all places. All the roads to the villages have been cut off. The numbers might shoot up because some people cannot be accounted for,” he added.

In a statement President Uhuru Kenyatta said “My thoughts and prayers, and those of our entire nation are with families, friends and relatives. Please accept my heartfelt condolences.”