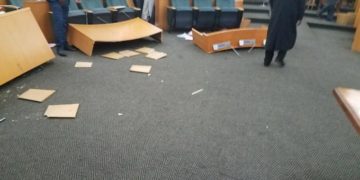 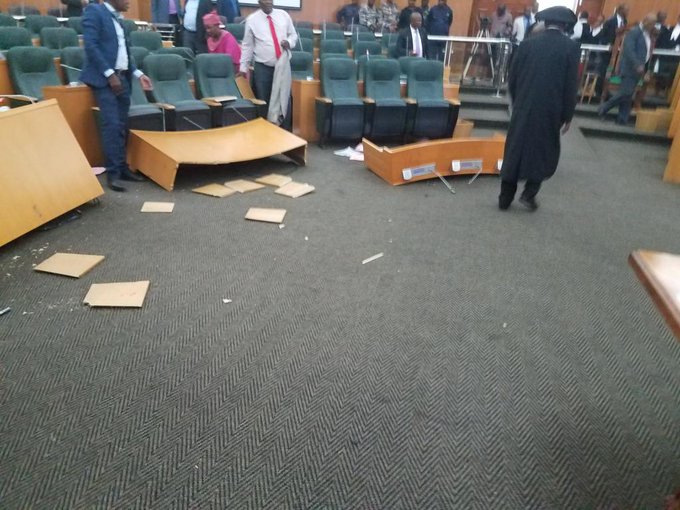 The MPs destroyed properties in the parliament. Photo: Twitter/ @Letsosa_M

Lawmakers in Lesotho have been captured on videos and images fighting each other and vandalizing property in parliament.

Videos and images of the MPs engaged in the brawl have gone viral on social media.

The incident occurred during a debate over related to a long-running dispute over regulations controlling the sale of the produce from the country’s important wool and mohair industry.

In October this year lawmakers called for the regulations to be repealed, giving the government seven days to come up with new regulations.

Video: Kenyans in shock as two MPs fight in church

But on Thursday when the minister for the sector, Chalane Phori failed to appear before them opposition MPs reacted angrily leading to the brawl.

The opposition MPs demanded that the minister appears before the session could proceed.

When the parliament speaker decided to suspend sittings, fighting broke out with MPs from both sides throwing items at each other.

At least two MPs were reported to have sustained injuries in the process.

Lesotho’s farmers have for years sold their wool and mohair through a South African broker, however new regulations forced them to use a broker based in Lesotho since 2018.